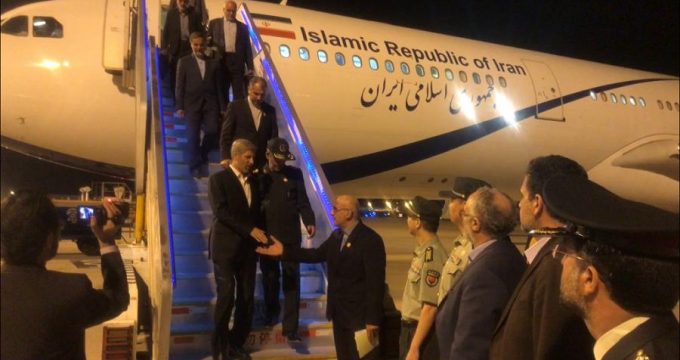 IRNA – Iran’s Defense Minister Brigadier General Amir Hatami arrived in the Chinese capital Beijing on Thursday at the head of a high-ranking delegation on the invitation of his Chinese counterpart.

The visit takes place to help promote economic cooperation and boost military ties between Iran and the Asian economic power.

The Iranian defense minister is slated to meet with a number of Chinese military and political officials and discuss with them latest developments in the region and world.

As secretary of a task force charged with developing the Mokran coasts in south of Iran, General Hatami will also meet with senior Chinese economic officials.

Iran and China have close diplomatic, economic, trade and energy ties, and in recent years have also developed military relations.

Back in November 2016, the defense ministers of the two countries signed an agreement in Tehran to enhance two-way defense cooperation.