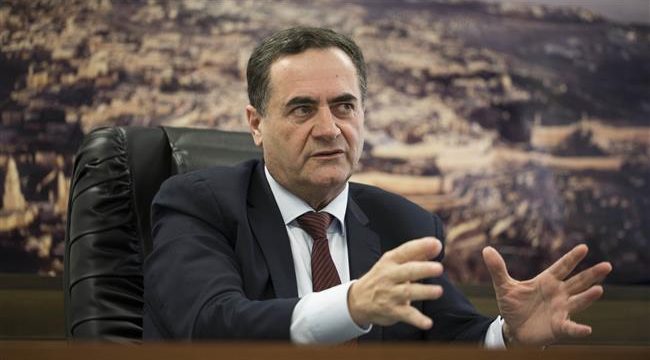 “Only just now it was published — in the name of military sources, so I can quote it too — that in the last two years Israel has taken military action more than 200 times within Syria itself,” Israeli Intelligence Minister Yisrael Katz told a conference hosted by the IDC Herzliya college on Tuesday.

Katz claimed that most of the targets belonged to Iran, adding, “Understand the significance of this matter in terms of preserving the red line, preventing the things that Iran has done, is doing and is trying to do against Israel from Syria.”

Israel began carrying out military strikes in Syria in 2013.

Damascus and Tehran have repeatedly rejected Israeli claims that Iran has military bases in Syria. Iran has been offering military advisory support to Syria at the request of the Damascus government, enabling its army to speed up its gains on various fronts against terror outfits.

Iranian Defense Minister Brigadier General Amir Hatami was in Damascus last week and signed an agreement on defense and technical cooperation designed to ensure the continued presence and participation of Iran in Syria’s reconstruction.

In a meeting with his Syrian counterpart, General Ali Abdullah Ayyoub, in Damascus on August 26, Hatami warned of extra-regional countries’ plots to sow discord in Syria and vowed the Islamic Republic’s full support for the war-ravaged country in a bid to preserve its territorial integrity and improve its stability.

Iranian Foreign Minister Mohammad Javad Zarif told his Syrian counterpart Walid al-Muallem in a meeting in Damascus on Monday that the Islamic Republic will continue to support Syria in its fight against terrorist groups.

The top Iranian and Syrian diplomats also discussed regional issues and the latest developments in Syria, including the return of displaced people to their homeland.

Muallem hailed Iran’s support for his country in the battle against terrorist groups and called on Tehran to continue its cooperation with Damascus in this regard.