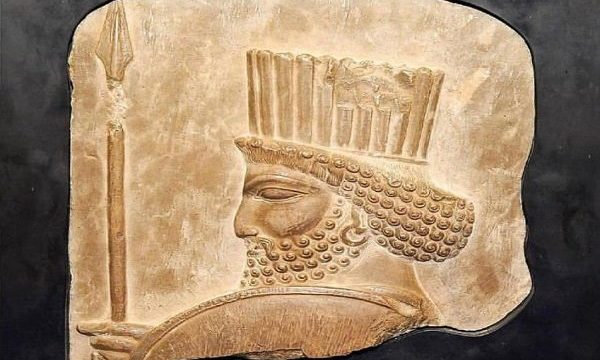 MNA – Ambassador and Permanent Representative of the Islamic Republic of Iran to the United Nations Gholamali Khoshroo said a bas-relief of Achaemenid era, stolen from Iran at a point around 90 years ago, was finally found in New York and after the court ordered the piece to be returned to Iran, it was sent back to its homeland on Tuesday.

The bas-relief depicting the head of an Achaemenid soldier, an antique artifact of ancient Iran, was returned to Iran, said Khoshroo late on Tuesday.

The Iranian diplomat recounted that the artifact was excavated 90 years ago in Iran and stolen some years later and all Iran’s efforts to return the valuable piece were futile.

He added that thanks to Iran’s efforts, a complaint was filed in court and the case was closed with final verdict approving Iran’s right ordering the Persian piece to be returned to Iran.

The bas-relief dating back to approximately 500 BC was offered for sale at an art fair in New York.

Confirming that New York attorney returned the Achaemenid era piece to Iranian mission in New York, Khoshroo added that the antique work was sent to Iran on Tuesday evening.

The artefact is an eight-inch-square piece of carved limestone. It belonged to a long line of soldiers depicted on a balustrade at the central building on the Persepolis site. The item, valued at $1.2 million, was reported stolen from Persepolis in 1936.