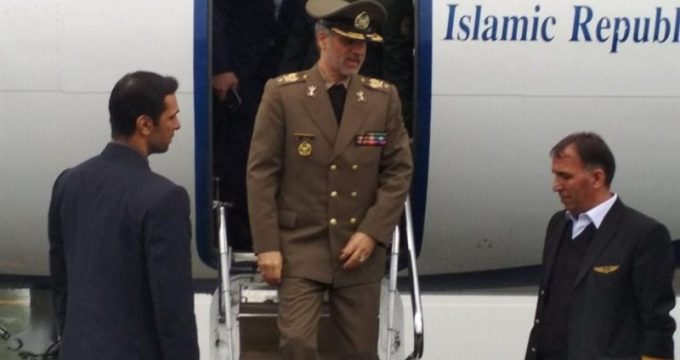 Tasnim – Iranian Defense Minister Brigadier General Amir Hatami plans to pay an official visit to China in the near future as part of efforts to boost Tehran-Beijing military ties.

Heading a high-ranking delegation, Brigadier General Hatami will travel to China at the official invitation of his counterpart in the East Asian country.

During his visit, the defense minister is slated to meet with a number of Chinese military and political officials and discuss the latest developments in the region and the world.

As the secretary of a task force tasked with developing the Makran Coasts, Brigadier General Hatami will also meet with a number of Chinese economic officials.