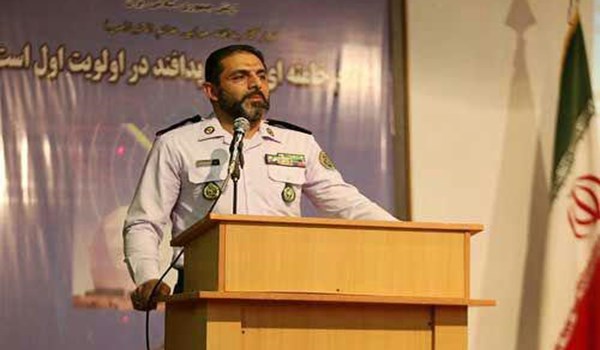 “We firmly reject this claim based on proof and evidence. At present a large number of radar-evading planes, including F-35, F-22, U2, etc. are flying over the Strait of Hormuz, the Persian Gulf and the Sea of Oman and we trace and track all these flights on our systems,” General Yousefi Khoshqalb told FNA on Wednesday.

He stressed that Iran monitors all enemy moves outside the borders, warning that if any hostile plane dares to enter the Iranian airspace, it will face Iran’s crushing and swift response.

“I assure you that we have had no cases of aggression and flying of hostile fighter jets so far,” General Yousefi Khoshqalb said.

In relevant remarks in August, Commander of the Iranian Army’s Khatam ol-Anbiya Air Defense Base Brigadier General Alireza Sabahi Fard announced that the country would unveil a new home-made advanced long-range radar in the near future.

“The Islamic Iran will soon witness that the most advanced long-range radar will be unveiled and put into operation to monitor the enemies’ moves thousands of kilometers beyond the borders, which has been designed and produced by the Iranian scientists and innovative and creative young people,” General Sabahi Fard said.

He added that Iran has gained self-sufficiency in designing and production of different short-range, mid-range and advanced ground-to-air missiles, saying that the country will put into operation its long-range missile defense system by the end of the Iranian year (started on March 21).

General Sabahi Fard, meantime, underlined that Iran is not after warmongering at all, but will give a crushing response to aggressors.