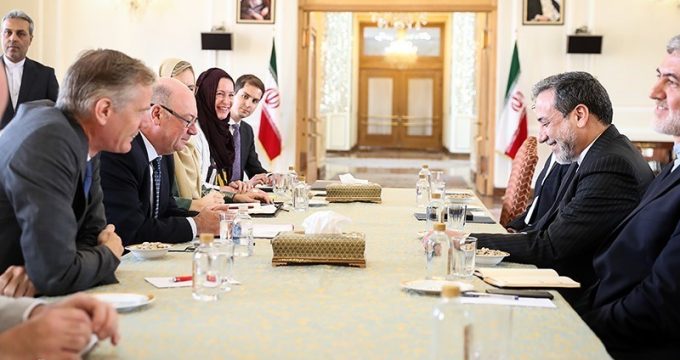 IFP – A senior British diplomat says he held “useful conversations” with Iranian officials in Tehran on the 2015 nuclear deal and the fate of British-Iranian dual citizen Nazanin Zaghari, who is imprisoned in Iran.

“I had useful conversations with Deputy Foreign Minister [Abbas] Araqchi on the nuclear deal and wider regional issues,” tweeted Alistair Burt, the UK Minister of State for the Middle East and North Africa.

Burt was in Iran on Saturday to hold a new round of high-level talks between Iran and the UK.

The two sides discussed ways of shoring up the 2015 nuclear deal, whose future hangs in the balance after US President Donald Trump pulled out of the accord early May.

Other signatories to the nuclear pact, including the UK, have opposed the US move and are working to convince Iran its interests will be protected if it remains in the accord.

“I also continued to press the case strongly on our dual national consular cases,” Burt said in his Tuesday tweet.

By consular cases, Burt was referring to the case of Nazanin Zaghari-Ratcliffe, a dual national who is serving a five-year jail sentence in Iran on the charge of covert propaganda efforts against the Islamic Republic.

Zaghari-Ratcliffe, claimed to be a charity worker affiliated with the London-based charity Thomson Reuters Foundation, was arrested in April 2016 just before taking the flight out of Iran.