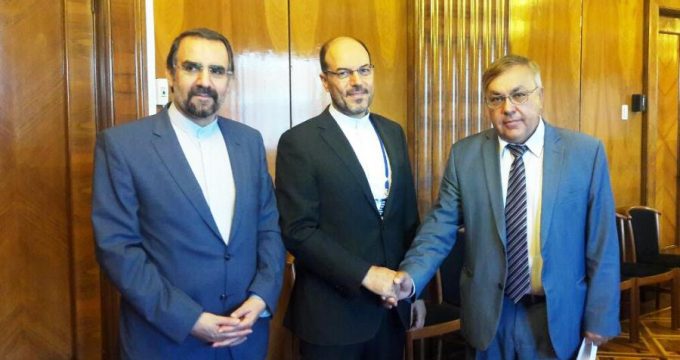 During the meeting, the visiting Deputy of Iran’s Foreign Minister for Legal Affairs Gholam Hossein Dehqani and the Russian Deputy Foreign Minister Sergey Vershinin condemned unilateralism in the world.

The two officials stressed that countering the unilateral sanctions against all the UN member-states is necessary for saving the world security.

Dehqani and Vershinin underlined that the regional crises should be resolved through political means and under the supervision of the UN and other international bodies.

Dehqani who traveled to Russia to participate in the International Conference on the illicit smuggling of weapons to terrorists ended his trip on Tuesday.