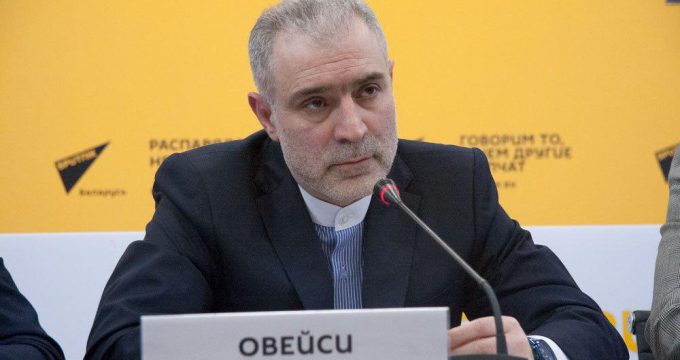 IRNA – The Iranian Ambassador to Belarus Mostafa Oveisi on Monday called for expansion of Tehran-Minsk relations through the parliaments of the two countries.

Oveisi made the remarks in a meeting with President of Belarusian Senate Mikhail Myasnikovich on the heel of an official visit to Minsk by Iranian Majlis (Parliament) Speaker Ali Larijani.

The Iranian envoy also pointed to the ‘constructive’ role of parliamentary talks between the two countries in broadening bilateral relations.

In turn, Myasnikovich alluded to Iran’s position in the region and world and its ancient history, saying that Tehran-Minks political and economic ties are an appropriate level.

Given the existing capacities of the two countries, it is possible to expand Iran-Belarus relations in various fields, he said.

Belarus with a population of 10 million gained its independence following the disintegration of the former Soviet Union in 1991.