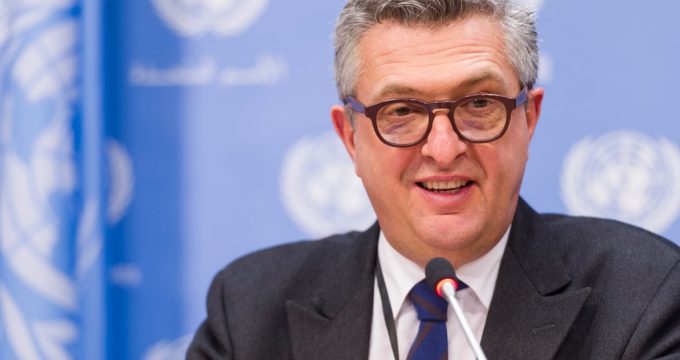 Filippo Grandi made the remarks in a meeting with an Iranian deputy interior minister, and said, “However, these actions have been very costly for the Iranian government, thus it demands international assitance.’

“The aids have been insignificant and currently we need more of these,” he added.

Grandi referred to his visit to Iran two years ago, and said, “I was impressed by Iran’s policies on refugees.”

“Iran’s plans are the realization of responsibility for the refugees and can be considered as a guiding force for implementing UN refugee convention as soon as possible”, he added.

He reiterated, “The UN refugee convention and the condition of Afghan refugees will be reviewed in the next meeting of the UN Refugee Agency. All of the members should participate in the program to avoid Iran shoulder refugees’ burden solely.”

UN high commissioner also delivered a report about Iran’s plans for refugees and the current condition of Afghan refugees in Iran.