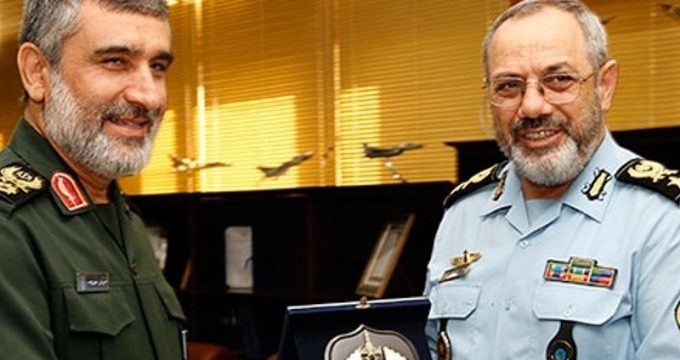 IRNA – A senior commander said that Iran’s Army Air Force and the IRGC’s Air Force would be able to deal with any kind of threat through unity and would not allow any kind of hostility against Iran.

‘The synergy is an issue underlined by the Armed Forces Commander-in-Chief Ayattolah Seyyed Ali Khameni and is one of the policies of the army’s commanders,’ Nasirzadeh said.

The commander of air force of Army while arguing that aviation is in need of very sophisticated know-how said that in this regard ‘we need to use all the existing capabilities in the country, including the army and the state’.

General Nasirzadeh said that thanks God the aerospace force of the Revolutionary Guards Corps has a very good knowledge of the aviation as it has achieved great success in the field.

General Nasirzadeh pointed to cooperation with IRGC’s aerospace in order to improve combat capabilities, and said, ‘we will use the capacities of the two military forces.

Commander of the Revolutionary Guard Corps’ Aerospace Force Brigadier General Hajizadeh, congratulated Nasirzadeh on his appointment to Army Air Force Command and noted that the IRGC aerospace and the Army Air Force are closely interrelated and should continue their friendly relations.