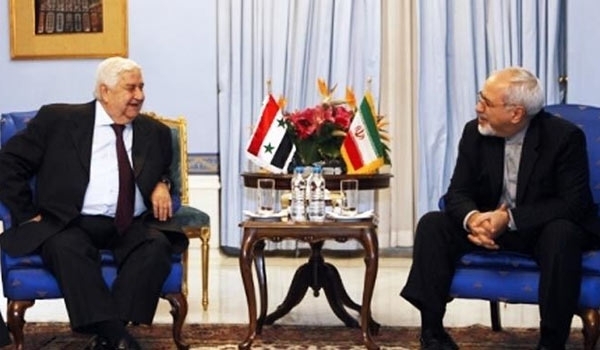 Al-Muallem made the remarks in a meeting with his Iranian counterpart Mohammad Javad Zarif in Damascus on Monday.

During the meeting, the two sides discussed the latest developments in bilateral ties and Syria, the issue of the Syrian refugees, the peace talks in Astana, increased economic cooperation and Iranian companies’ partnership in reconstruction of Syria.

Zarif, for his part, underscored Iran’s support for Syria in the fight against terrorist groups, noting that the Astana talks and the upcoming trilateral summit among the Iranian, Russian and Turkish officials in Tehran will pursue the political process in Syria.

Zarif traveled to Damascus on Monday for talks with high-ranking Syrian officials.

Last week, Iranian Defense Minister Brigadier General Amir Hatami had traveled to Damascus and signed an agreement for defense cooperation between the two countries with his Syrian counterpart.