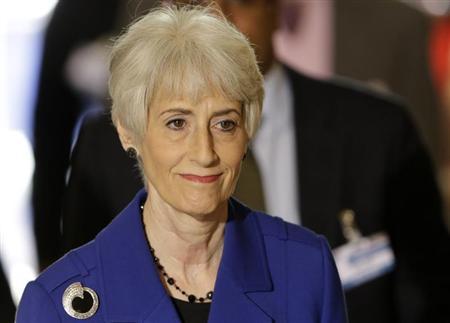 FNA – Former US Undersecretary of State Wendy Sherman admitted that she was wrong when she said deception was in the DNA of Iranian people.

In the minds of many Iranians, Sherman is associated with their DNAs. They still remember Sherman for her provocative remarks in October 2013, as Iran and the US were in the midst of talks to settle a long-running dispute over Iran’s nuclear program.

“Deception is a part of (Iranians’) DNA,” Sherman told members of the Senate Foreign Relations Committee at the time.

The comments by such a senior US State Department official and America’s top negotiator in the talks were taken as an insult in Iranian political and social circles, with some outlets urging a boycott of talks.

At the time, Iranian netizens took to social media to remind the US of its dismal record in betraying the trust of Iranians, pointing to the US co-orchestrated 1953 coup and the 1981 Algiers accord, among other displays of the untrustworthiness of the US.

In a recent interview with the CBS, Sherman admitted that she was wrong by uttering such words against the Iranians.

“I regretted having made that statement,” she said.

Asked by the CBS about the statement, Sherman answered, “The statement was that deception was in their DNA. It was an answer to a question from a senator and the senate foreign relations committee hearing and that led to ‘Death to Wendy Sherman’ on the streets of Tehran.”

The US diplomat is now out with a new book called, “Not for the Faint of Heart: Lessons in Courage, Power, and Persistence.” In it, she explains how people can apply what she learned in high-stakes negotiations to get what they want in everyday life.

Sherman has just been appointed as the new director of the Harvard Kennedy School’s Center for Public Leadership.