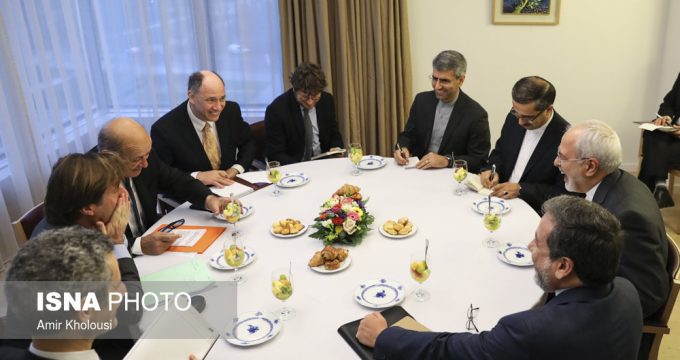 This is the second telephone talk between the two foreign ministers on regional developments, especially the JCPOA and interaction between Iran and Europe.

Jean-Yves Le Drian had earlier said that Iran can’t avoid talks on ballistic missiles and its role in the Middle East.

Elsewhere, he had said that Europe is seeking to find ways to maintain trade ties with Iran, but Iran should respect the foundations of the JCPOA.

Qasemi further noted that The nuclear talks that led to a solid international agreement attests to Iran’s goodwill and commitment to the principle of dialogue and its efforts in exploiting rational and peaceful ways.

There is no reason, however, to talk, particularly on non-negotiable issues, after all the efforts made by Iran and other major world powers are violated by France’s allies easily and tyrannically, he said referring to the US unilateral withdrawal from the nuclear deal.

The spokesman also criticized Europeans for their inaction on the violation and for just declaring and repeating their political positions.

They have failed to give the required guarantees for protecting the most important achievement of diplomacy in the contemporary era, Qasemi said.