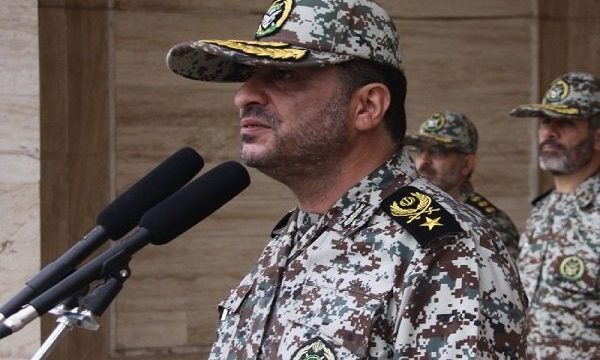 Tasnim – The commander of the Khatam al-Anbia Air Defense Base (the central headquarters of Iran’s Air Defense) said a domestically made long-range missile system will come into service by the end of the current Iranian year (March 20, 2019).

“We have reached the stage of designing and producing indigenized air defense systems, (passing through) the stage of reverse engineering and manufacturing components,” he added.

He further said that the Iranian people will hear good news about the coming into service of a long-range missile system later this year.

Back in February, Leader of the Islamic Revolution Ayatollah Seyed Ali Khamenei called for efforts to maintain and boost Iran’s defense capabilities, hitting back at the enemies for disputing the country’s missile program.

“Without a moment of hesitation, the country must move to acquire whatever is necessary for defense, even if the whole world is opposed to it,” Ayatollah Khamenei said on February 18.