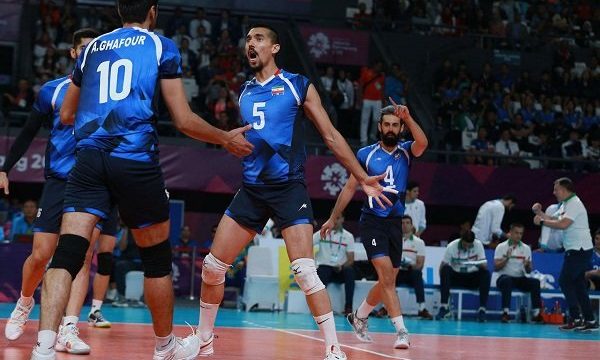 The Iranian squad put on a brilliant performance at the final showdown held in Jakarta on Saturday, defeating their South Korean rivals in three straight sets (25-17, 25-22, 25-21) to win the second gold medal of Asian Games volleyball contests.

The volleyball gold rounded up Iran’s medal tally to 20.

Defending champions Iran had handed Qatar its first loss of the 2018 Asian Games in the semi-final, defeating their rival team in three straight sets (25-23, 25-19, 25-18) to fight for the gold medal. The Iranian team had won against Pakistan, Mongolia and China in the three first games.

The 2018 Asian Games will come to an end on Sunday. With 20 gold medals, 20 silver, and 22 bronze, Iran is ranked 6th after China, Japan, South Korea, Indonesia and Uzbekistan.