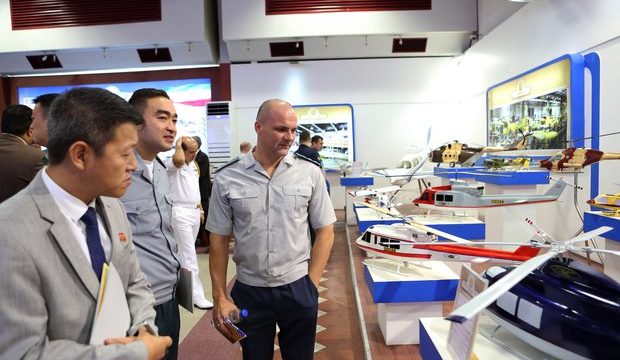 MNA – A host of foreign military attaches residing in Iran paid a visit, on Saturday, to Iran’s defense industries’ achievements to get briefed with the latest accomplishments of Iranian defense ministry.

A host of foreign military attaches residing in Iran, were welcomed by Brigadier General Mohammad Ahadi at the start of their Saturday visit to Iran’s defense industries’ achievements. The Iranian official thanked the visitors for their efforts to bolster bilateral ties between their respective countries and Iran.

“In the course of a year, our colleagues at defense ministry are in touch with most of the military attaches residing in Iran in the framework for developing bilateral relations and all these efforts are directed toward easing defense and security relations,” he underlined.

“If Iran and its allies had not stopped ISIL in Syria and Iraq, today the geopolitical map of the region had changed and the world was facing a horrific challenge,” he said.

He then highlighted that the Islamic Republic of Iran celebrates August 20 as the National Day of Defense Industry based on values like self-reliance, self-independence, relying on domestic capacities and capabilities and tapping the experience of the 8 year war of Saddam against Iran.

He underlined that UNSC sanctions did not prevent Iran’s defense industries from growing and developing.