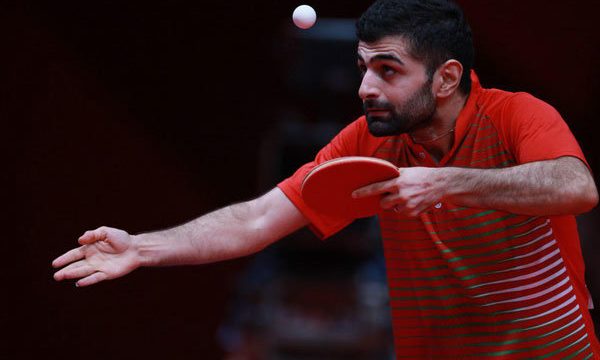 Alamian suffered a 0-4 defeat to China’s Gaoyuan Lin, who has the world rank of 4, in the semifinal and achieved the bronze medal for Iran. The last medal of Iran in singles’ event of Asian Games goes back to 1966, where Houshang Bozorgzadeh won a bronze medal.

Alamian defeated Vietnam’s Anh Tu Nguyen 4-1 in the round of 32 before winning South Korea’s Young Sik Jeoung 4-3 in one of the most thrilling matches of round of 16. The Iranian athlete then proved his quality by gaining a 4-1 victory over Hong Kong’s Chun Ting Wong, who holds the world rank of 10.

In the other match of the semifinal, world No 1 player Fan Zhendong from China won South Korea’s Sangsu Lee to face his countryman in the final which will be held today at 5 PM, Jakarta’s local time.

2018 Asian Games is underway in Indonesian cities of Jakarta and Palembang and will officially wrap up on September 2.