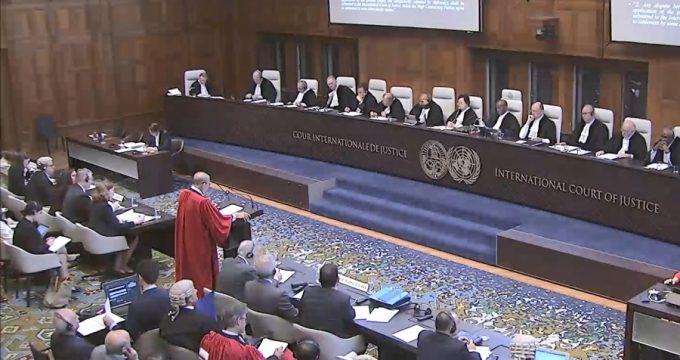 Iran attorneys: US has no justification for its sanctions

IRNA – On the third day of the court hearing for Iran’s complaint about US sanctions in International Court of Justice in the Hague, the Iranian lawyers insisted Washington has no justifications for its claims.

At the third oral hearing, Professor Allen Pall, a French lawyer of the Iranian delegation emphasized the destructive intentions of the US statesmen against the Iranian economy and people and explained the legal bases of Iran’s complaint and the refusal of the US delegation to cite the 1955 Treaty of Amity.

Rejecting the US justifications for anti-Iranian sanctions as unacceptable citing some of the provisions of the treaty and similar records in other countries, he emphasized that, because of the dispute between the parties through unresolved diplomacy, the complaint has been referred to the International Court of Justice.

He said the US justification for imposing sanctions under pretext of protecting its national security has no legal basis, referring to past conflicts and stressed that the military and paramilitary forces were the only source of threat to national security.

He said that the case does not justify the resumption of sanctions to protect US national security.

Iran’s lawyer, referring to former US president Barak Obama who said the Iran Deal was in the interest of US national security, reminded the IAEA reports that verified Iran’s commitment to its obligations 12 times.