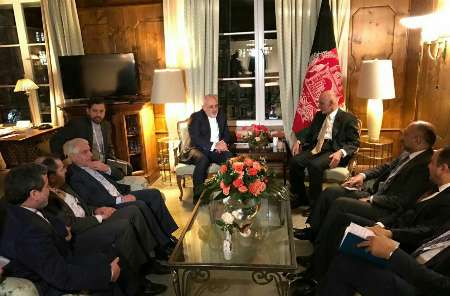 Jawad Zarif has recently declared that Iran can use different leverages, but Tehran’s policy is to cooperate and reach agreement with its Muslim neighbors.

Responding to a televised question, Zarif said, “We can use the border levers, Afghan refugees, drug and trade issues about Afghanistan, but our approach to our neighbors, especially our Muslim neighbors, has so far been that we have never grabbed anything. “

“These issues can be solved. We will solve them through diplomatic channels,” Sebqatullah Ahmad, spokesman of MoF said.

Currently, Afghanistan’s water flows from Heryriud and Morghab zones to Turkmenistan, from Helmand Sea to Iran from Kabul river to Pakistan, and from Amu zone to Tajikistan and then to Uzbekistan and Turkmenistan.

In the meantime, the former deputy of the Ministry of Water and Energy Abdul Basir Azimi noted that the neighboring countries are using more than of their right from Afghanistan’s water.

“The waters reaching neighboring countries, especially Iran, are more than its right that mentioned in the Helmand Treaty. These talks that have no scientific or baccalaureate aspects and are more of an internal discussion inside Iran, but there is a lack of management in Afghanistan,” Azimi added.

This comes as the Ministry of Energy and Water refused to comment regarding the issue.