A Look at Iranian Newspaper Front Pages on August 29

Iran Front Page – IFP has taken a look at the front pages of Iranian newspapers on Wednesday, August 29, 2018, and picked headlines from 11 of them. IFP has simply translated the headlines and does not vouch for their accuracy.

The top story in all papers today was President Hassan Rouhani’s speech at the Parliament, during which he responded to five questions raised by the lawmakers about the country’s economic woes.

The parliamentarians, however, were not convinced by his answers to four of their five questions, which focused on increased unemployment rate, the growing foreign currency rates, the smuggling of goods into the country, and the ongoing economic downturn. They were just relatively convinced on the banking sanctions on the Islamic Republic.

Reformist papers criticized Rouhani for not speaking out against what they call elements disrupting the government’s performance. Conservative papers, for their part, welcomed the Parliament’s nay vote to Rouhani’s responses, and urged him to improve his administration’s performance.

Several papers also covered the military deployment of Russia and Syria ahead of an alleged plan by the US and its allies to attack Damascus. 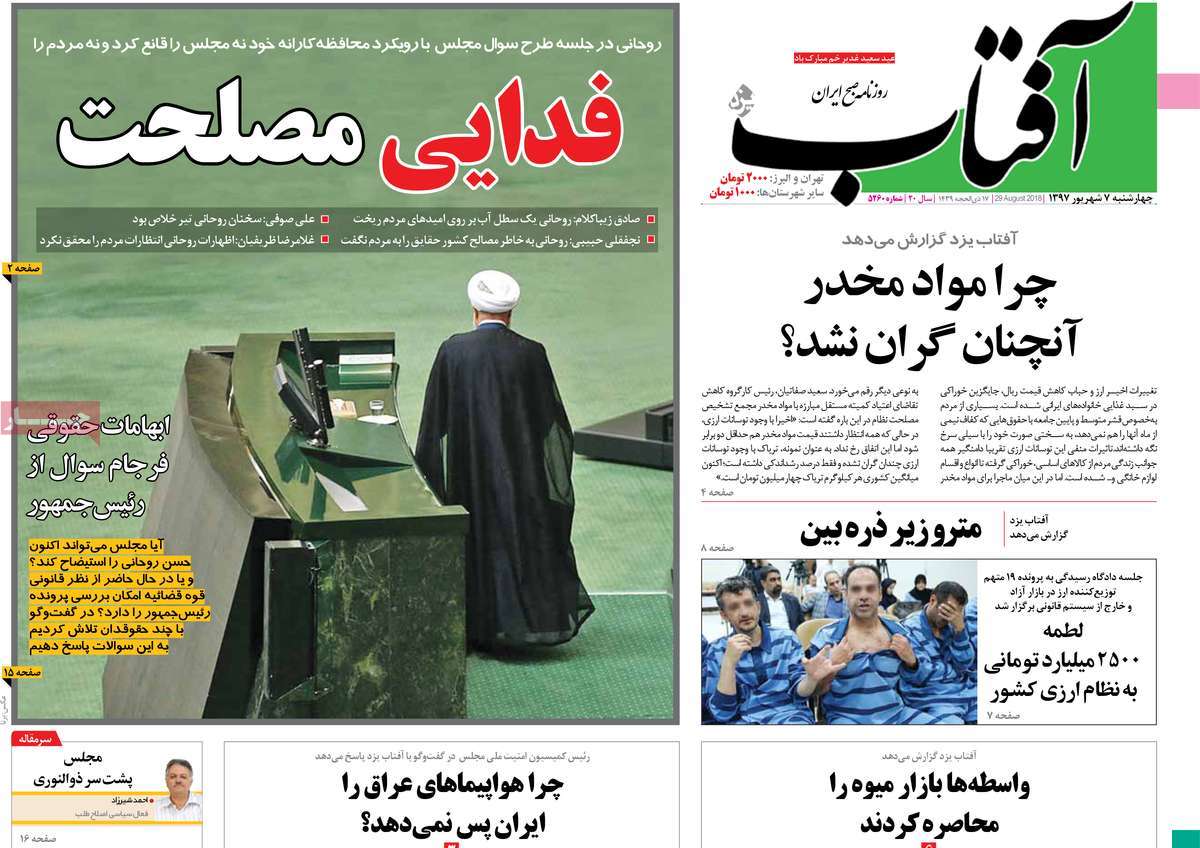 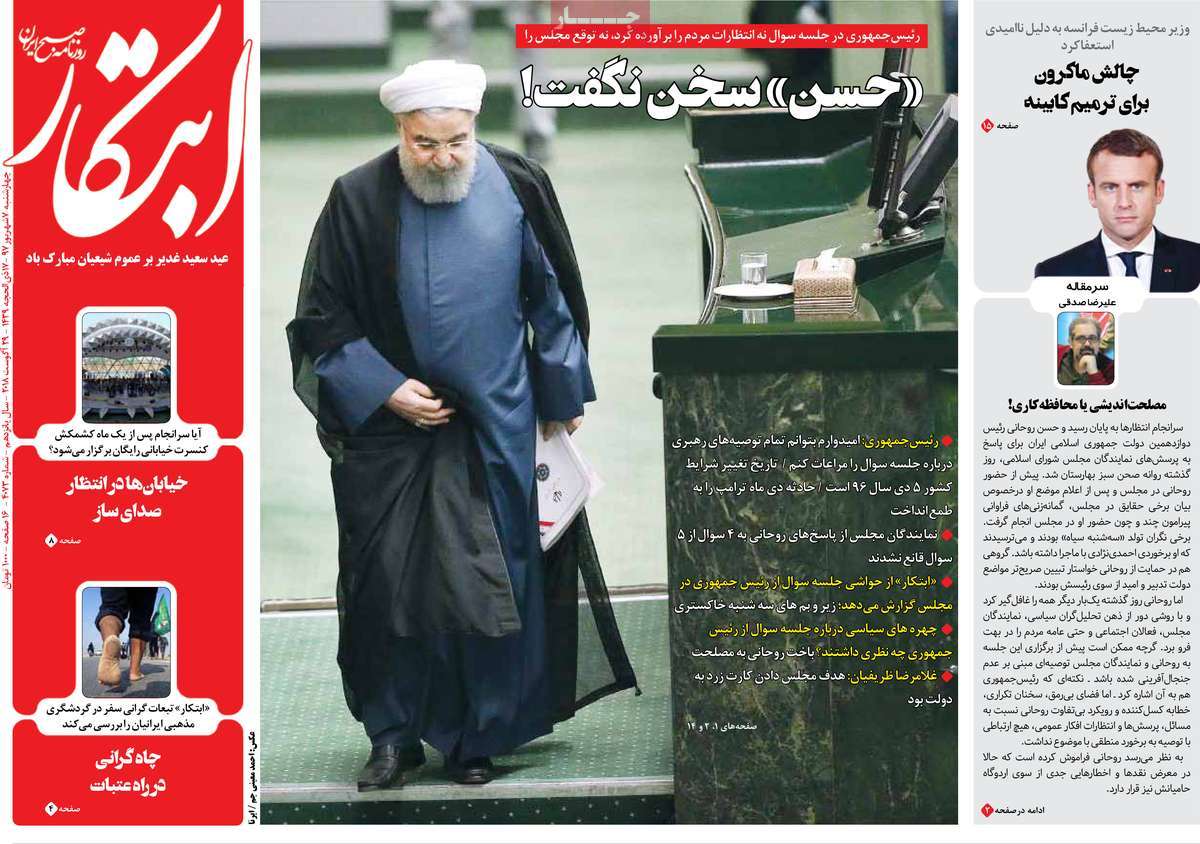 1- Rouhani Did Not Speak Out 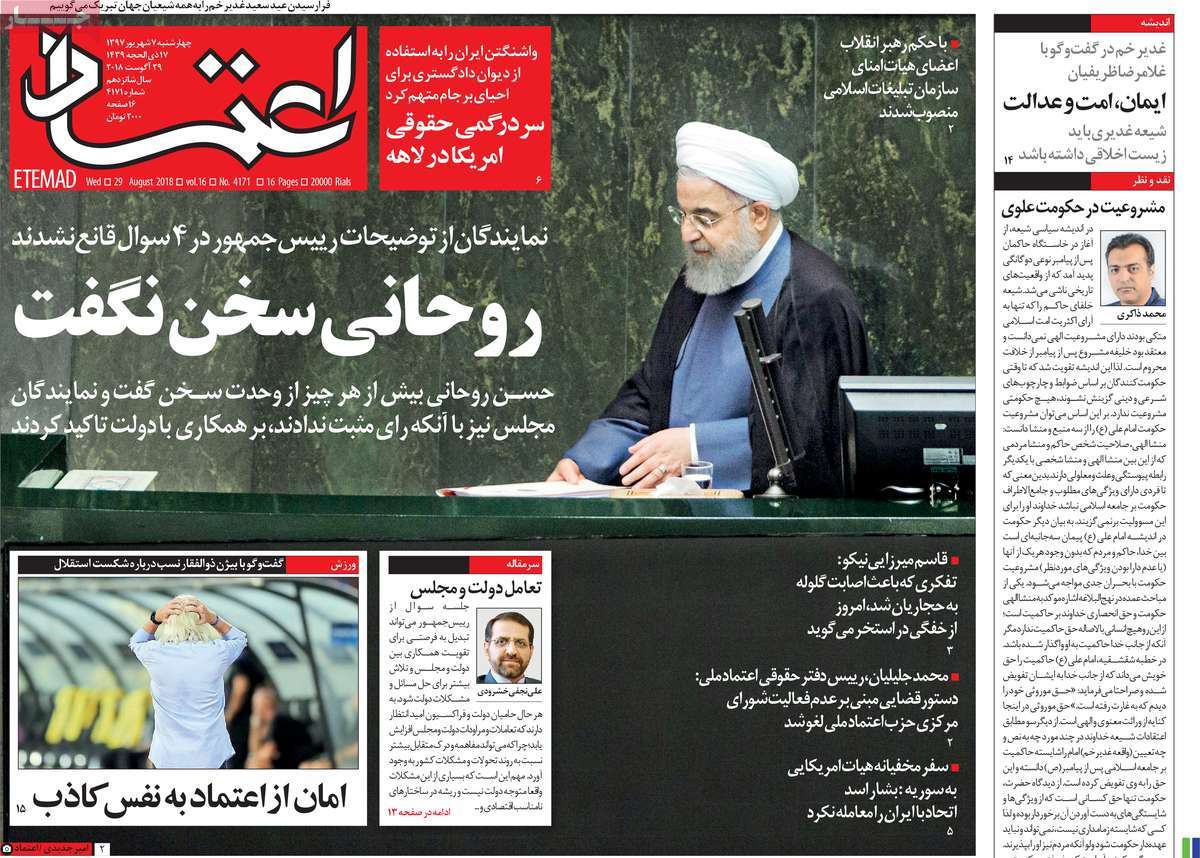 1- All Authorities Must Be Accountable: Rouhani to MPs 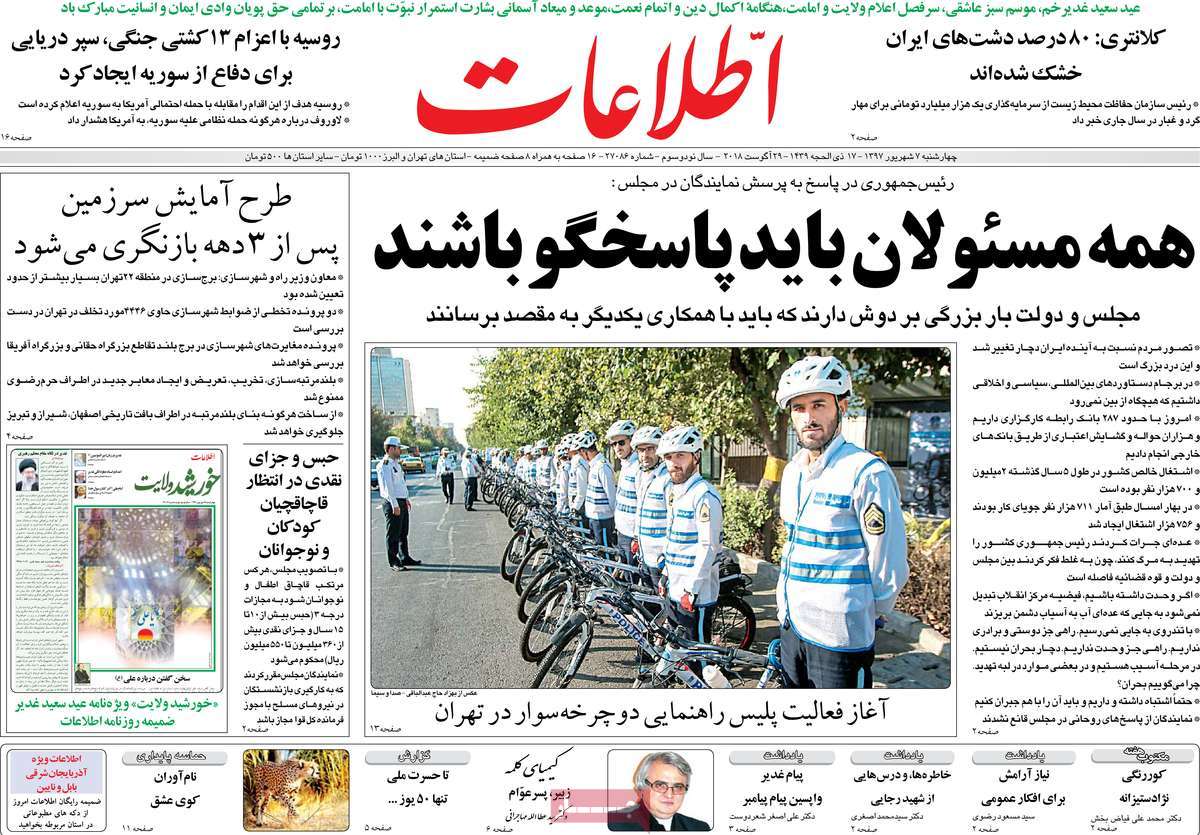 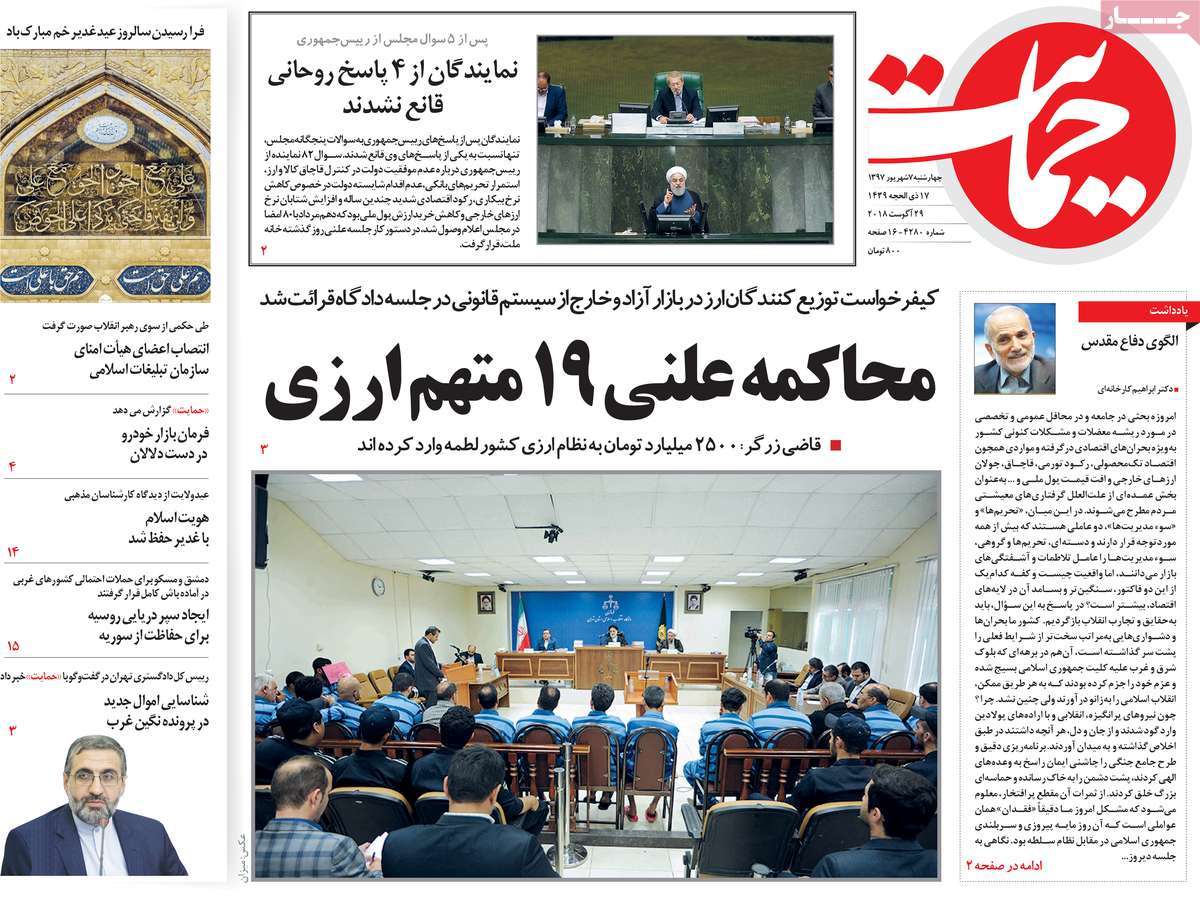 1- Rouhani: Everything Started in Late December 2017; Iran Was Calm, What Happened? 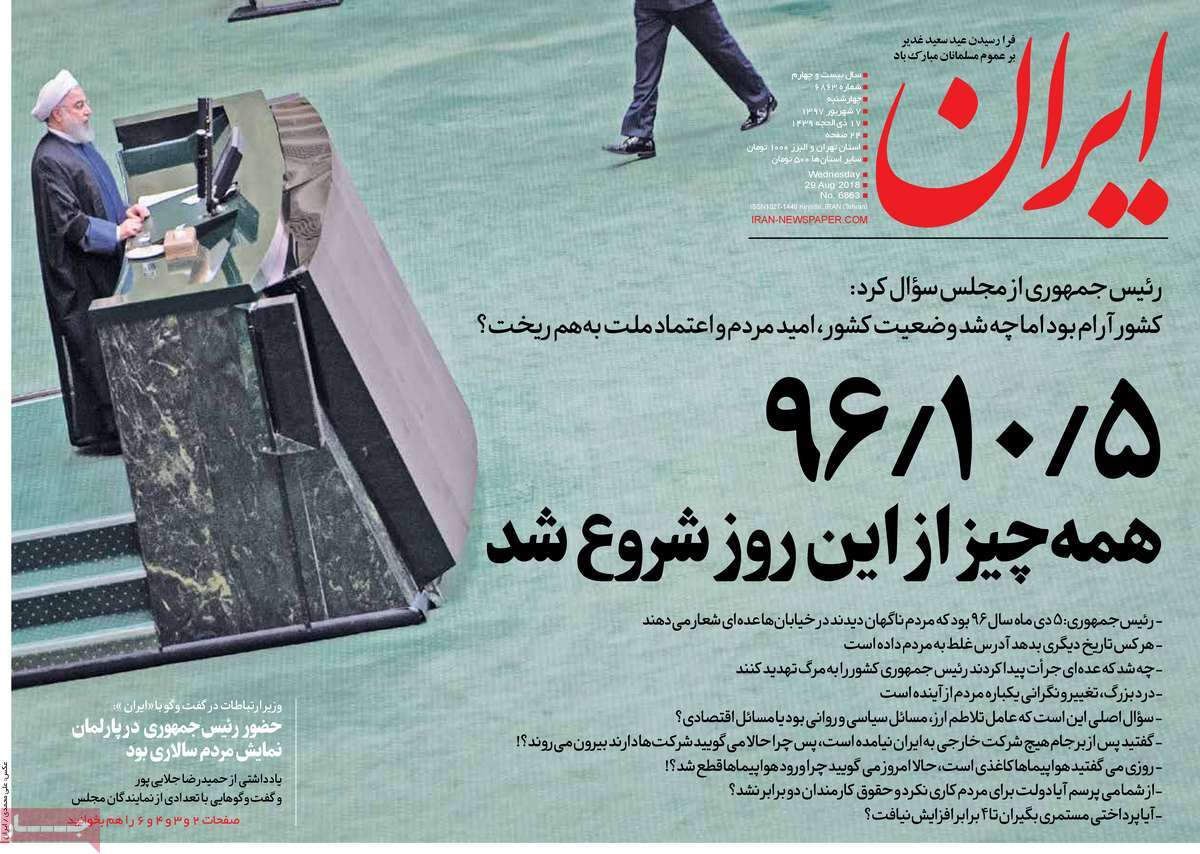 1- We Were Not Convinced 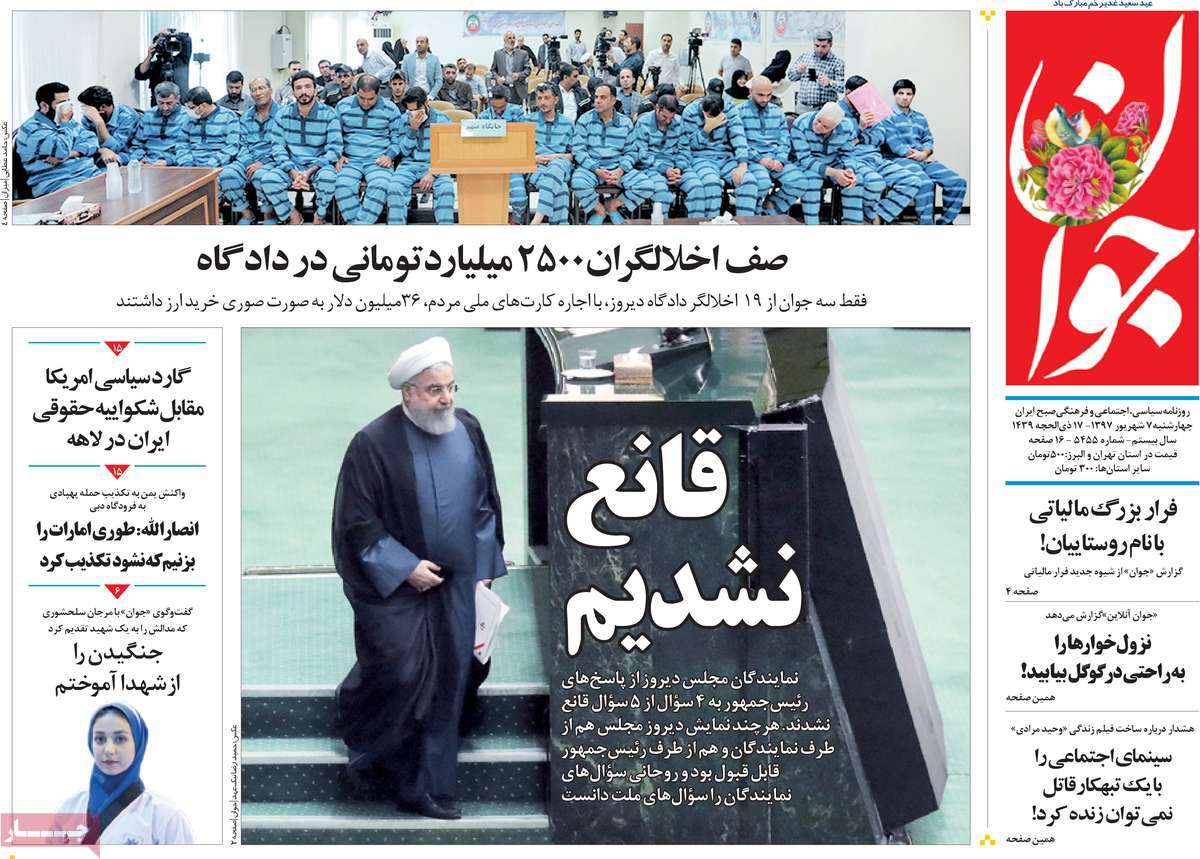 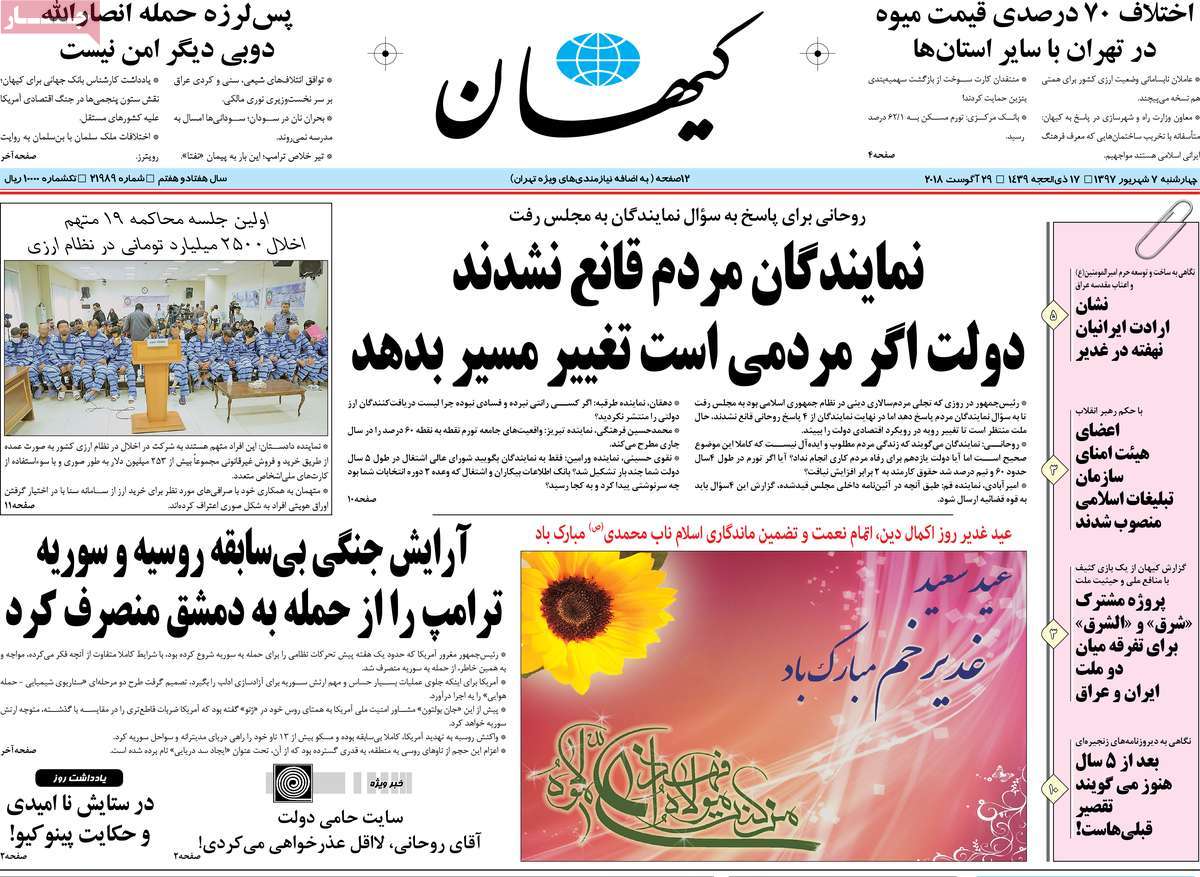 1- Red Card Given to Rouhani’s Management of Economy 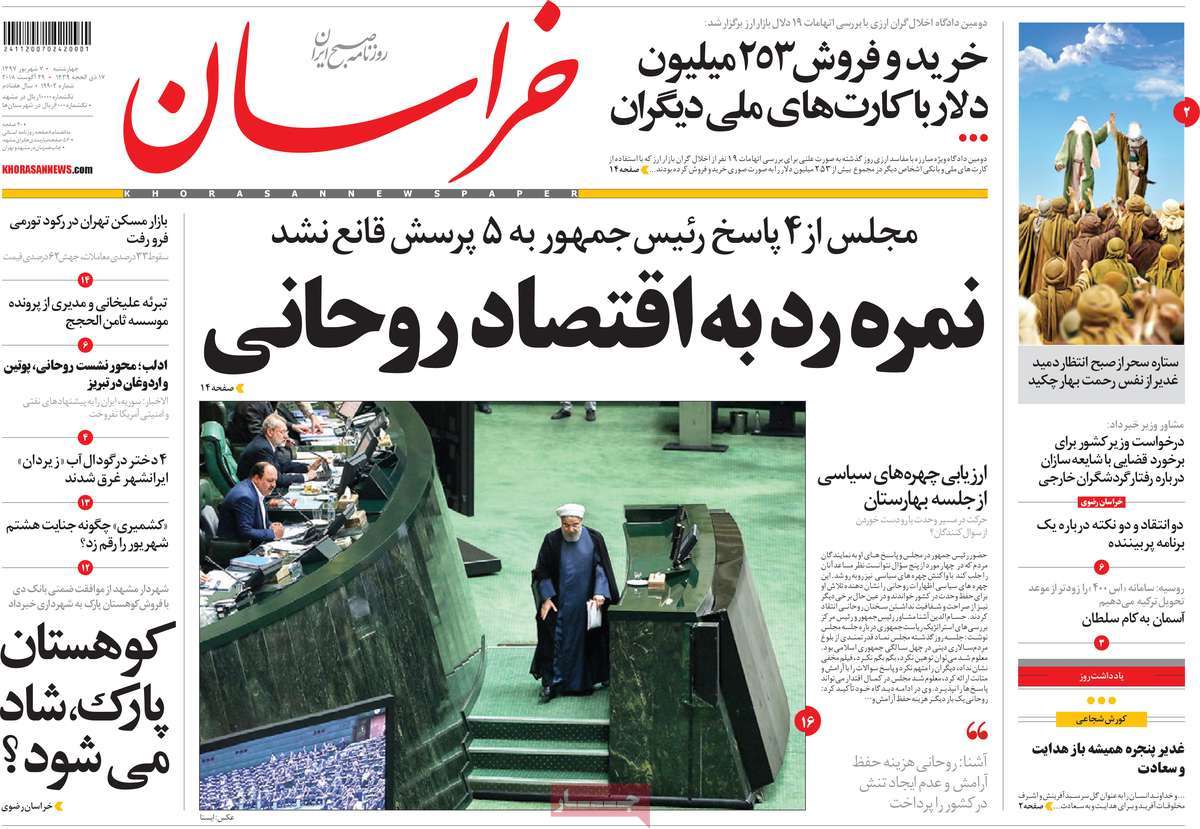 2- Third Path; Rouhani Talks of New Initiative against US 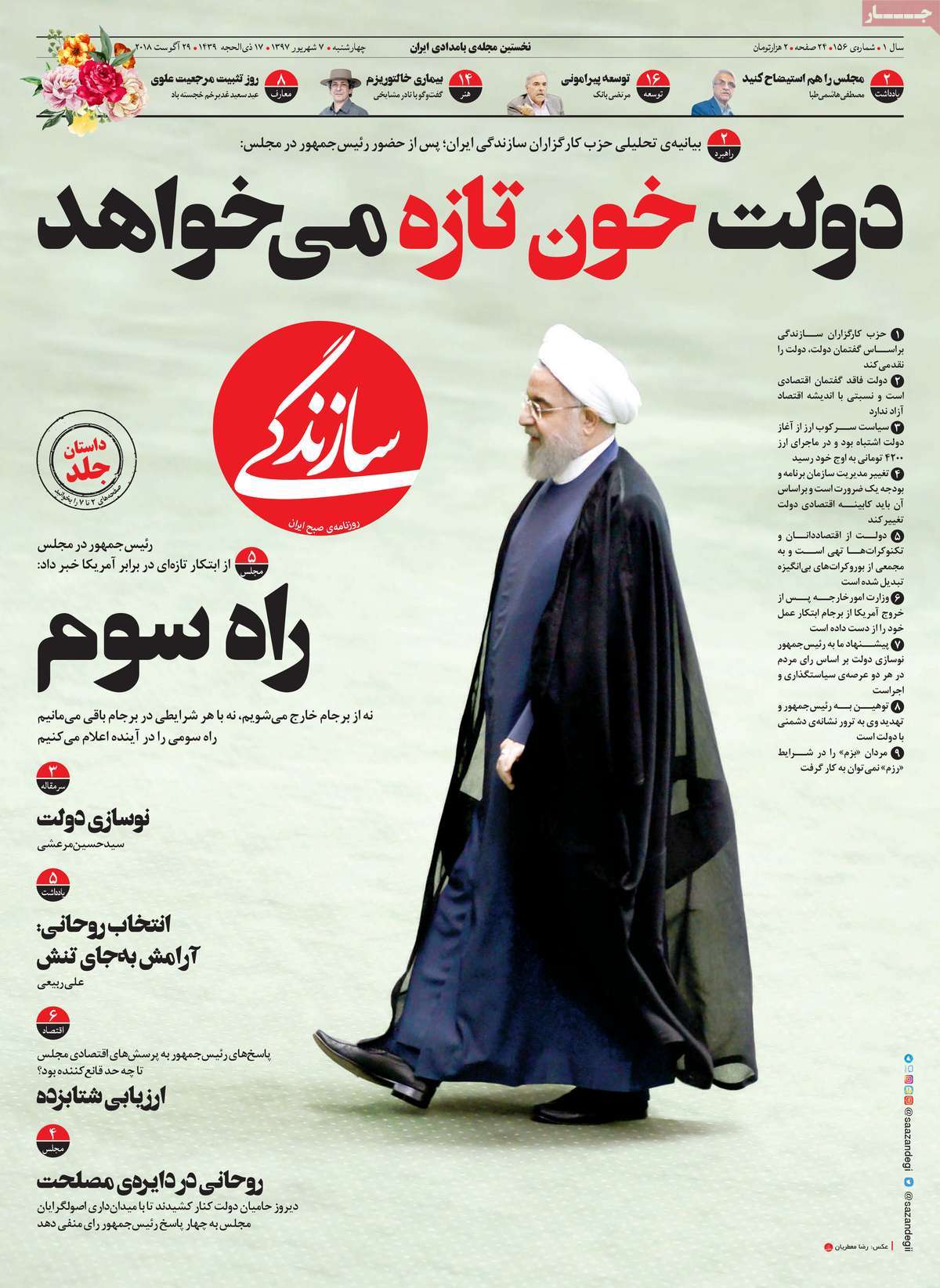 1- We Were Not Convinced: MPs Tell Rouhani

2- Rouhani: Why Did They Dare to Threaten Iranian President with Death? 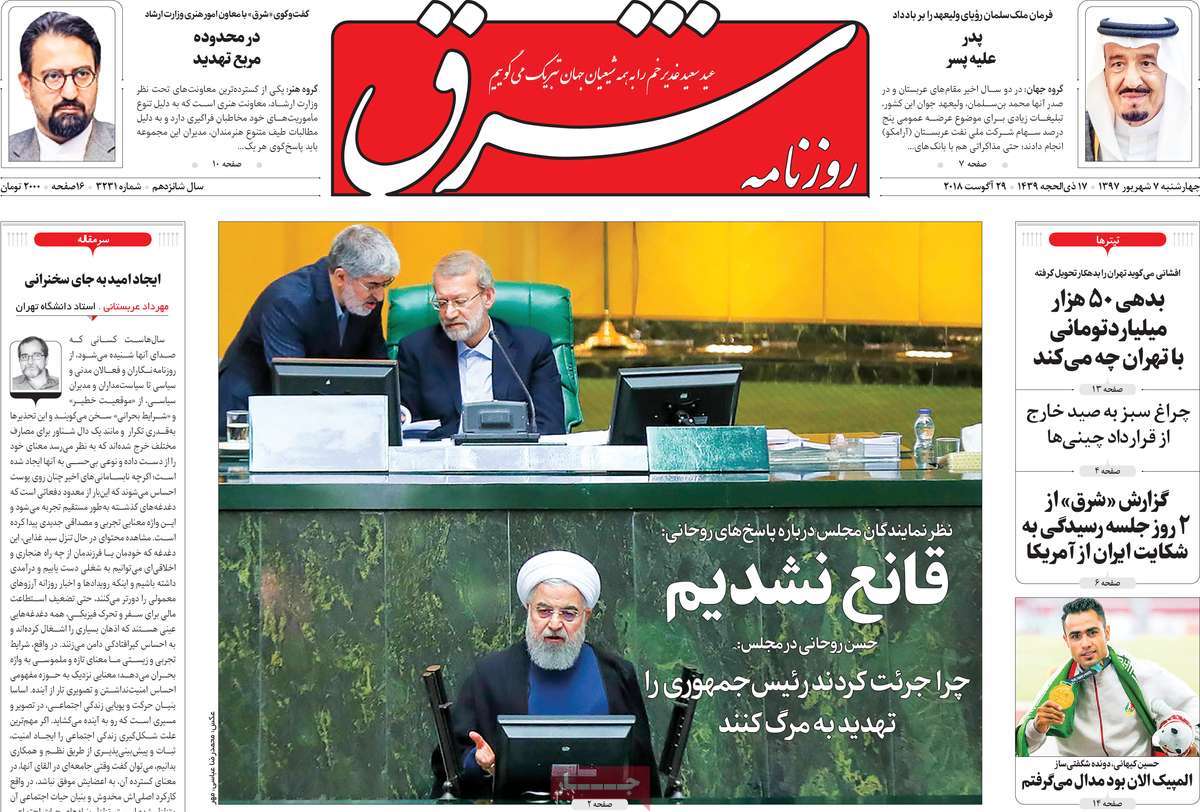