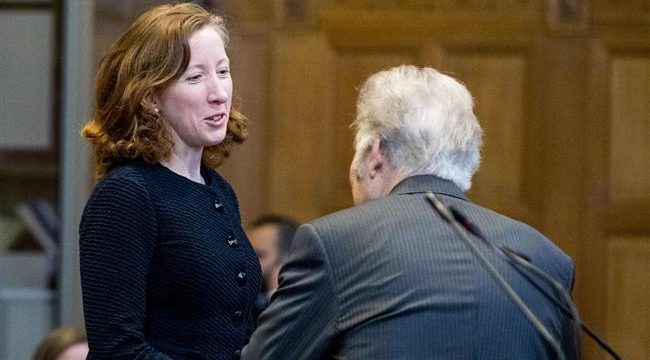 Press TV – US lawyers have called on the International Court of Justice (ICJ) – the United Nations’ highest court –to dismiss the Iranian lawsuit calling for a lifting of sanctions against the Islamic Republic.

Last month, Iran filed a complaint with the Hague-based tribunal, also known as the World Court, asking the principal judicial organ of the United Nations to order the US to lift its recently re-imposed sanctions on the Islamic Republic.

Iran believes that the re-imposed American sanctions against Iran violate the terms of a 1955 friendship treaty between the two countries.

But US State Department Legal Adviser Jennifer Newstead argued on Tuesday, the second day of oral arguments in the case that Iran’s appeal based on the 1955 Treaty of Amity, was a legal dodge.

“Iran is endeavoring to use the procedures of the Treaty of Amity to enforce rights that it claims under an entirely different (agreement) that specifically excludes judicial remedies,” she said.

Newstead argued that the disagreements between the United States and Iran should be resolved through diplomacy and not by the court.

The US re-imposition of sanction against Iran came after US President Donald Trump pulled out of the 2015 nuclear deal known as the Joint Comprehensive Plan of Action (JCPOA) and set forth 12 new demands in order for the US to agree to a new nuclear deal with Tehran.

“This case is entirely about an attempt to compel the US by order of this court to resume” the 2015 nuclear deal, Newstead said.