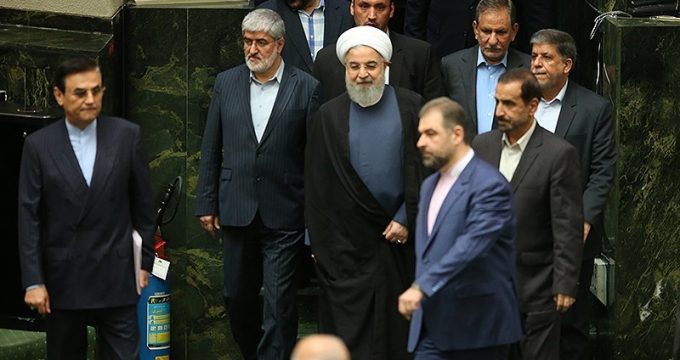 MPs have 30 minutes to raise their questions and President Rouhani will be given one hour to answer them.

The Iranian lawmakers are to question President Rouhani over his government’s failure to control goods and currency smuggling, continuation of banking sanctions, unemployment rate, economic depression, increase in Forex rate and degradation of local currency.