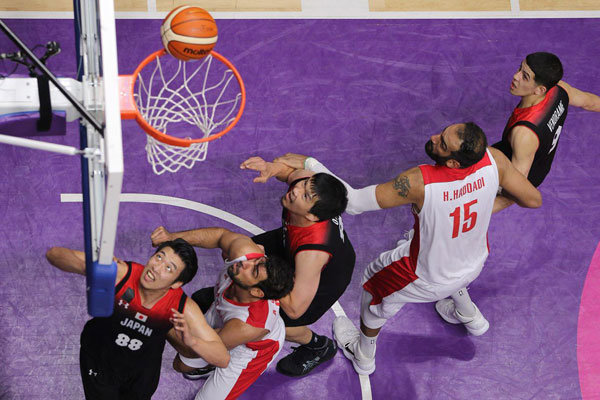 MNA – Iranian men’s national basketball team trounced Japan 93-67 in the quarterfinals of 2018 Asian Games underway in Indonesia and advanced to the semifinals.

The Iranian squad defeated rival team from Japan with 25-14, 21-17, 25-19 and 26-13 in the four quarters of the quarterfinal rounds held in the Indonesian capital Jakarta on Monday.

The victory qualified Iran for the semifinal match against South Korea on Thursday. The Korean squad won the game against the Philippines 91-82 on Monday.

Last year’s final fixture of the Asian Games basketball contest was held between Iran and South Korea, which ended with Iran conceding defeat and settling for the runner-up title.

The 18th edition of Asian Games officially started on August 18 in Indonesian cities of Jakarta and Palembang and will wrap up on September 2. Iran is currently ranked 5th in the medals table, after China, Japan, South Korea and Indonesia.