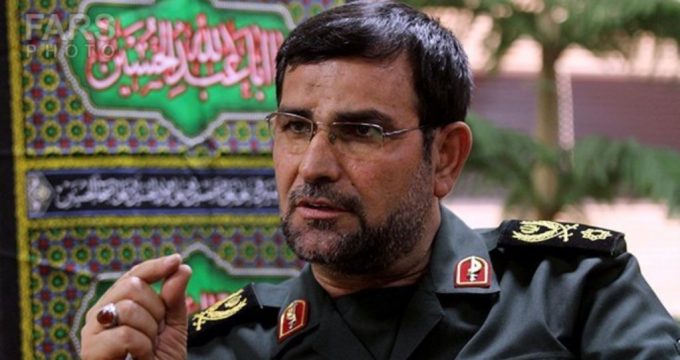 Sputnik – Earlier, the Islamic Revolutionary Guard Corps (IRGC) held large-scale military drills in the Persian Gulf. The IRGC said they were ready to disrupt other countries’ oil shipments through the strait if Iran’s own exports were impeded.

Iran has full control of Persian Gulf and Strait of Hormuz, according to the Islamic Revolutionary Guard navy chief.

Iranian officials have earlier threatened to block the Strait of Hormuz, cutting off the main oil shipping route, in retaliation for any hostile actions from the US.

In early July, the Islamic Revolutionary Guard Corps held large-scale military drills in the Persian Gulf. The drills were part of the annual exercises framework.

Earlier, Iranian Supreme Leader’s Top Adviser for International Affairs Ali Akbar Velayati said at the Valdai discussion club in Moscow that if Iran was not permitted to export its oil via the strait, no other Middle East state would be able to do so.

Iran’s ground forces commander Brigadier General Kiomars Heidari has warned the US and its allies to avoid trying to bring Iran’s oil exports to a halt adding that the country’s armed forces have all they need to defend the nation.

In turn, US Secretary of State Michael Pompeo said that the US is poised and ready to ensure uninterrupted oil supplies through the Strait of Hormuz despite threats from Iran.

In June, the US Department of State urged oil companies to stop exporting oil from Iran by November to avoid US sanctions.

In May, US President Donald Trump said that the United States would leave the nuclear agreement with Iran that stipulated Tehran should guarantee the peaceful nature of its nuclear program in exchange for the gradual lifting of sanctions.