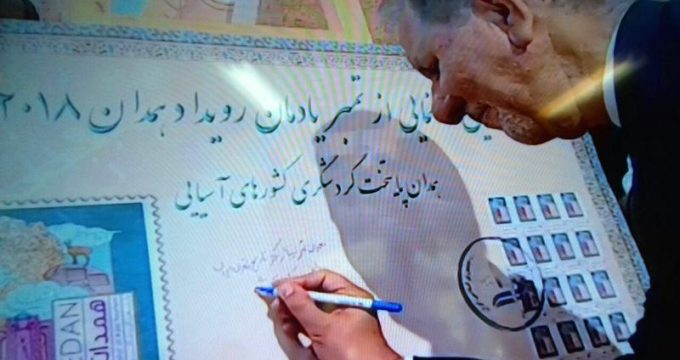 IRNA – The memorial stamp of the 2018 Hamedan conference was unveiled with the attendance of the Secretary General of Asia Cooperation Dialogue (ACD) Bandit Limschoon on Monday.

The memorial stamp was unveiled on the sidelines of the International Conference of Hamedan as the “ACD Tourism Capital, 2018”.

The second meeting of the Asian Dialogue Forum, which was held in Siem Reap town of Cambodia, proposed Hamedan as the capital of Asian tourism. The proposal, which was approved by the members, was submitted to the ACD Assembly upon the request of provincial authorities and due to the high tourism capacity of the province, Hamedan-2018.com reports.