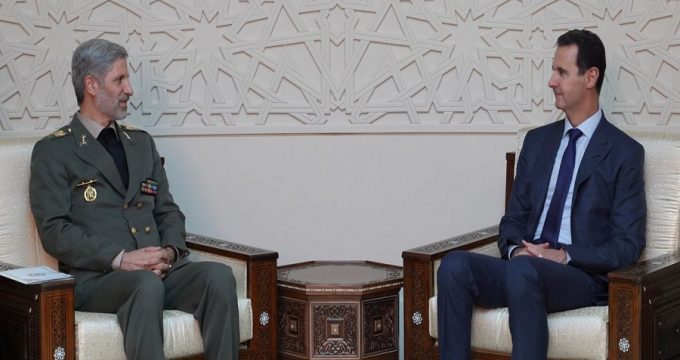 IRNA – Syrian president on Sunday criticized the US support for terrorism in the region and the country’s policy towards Iran and Russia.

The US policy towards Iranian nuclear deal, Washington’s sanctions against Russia and the country’s support for terrorists in Syria proved the fact that the Axis of Resistance’s policies in fighting terrorism was correct, Syrian President Bashar al-Assad said in a meeting with Iran’s Defense Minister Brigadier-General Amir Hatami.

Elsewhere in his remarks, he called for reiforcing power of the Axis of Resistance and stressed planning increased cooperation programs and facilitaing coordination between Tehran and Damascus.

Iran’s defense minister arrived in Damascus on Sunday for a two-day visit.