A Look at Iranian Newspaper Front Pages on August 26

Iran Front Page – IFP has taken a look at the front pages of Iranian newspapers on Sunday, August 26, 2018, and picked headlines from 14 of them. IFP has simply translated the headlines and does not vouch for their accuracy.

Iranian papers today covered the upcoming appearance of President Hassan Rouhani in the Parliament (Tuesday), and the impeachment of his economy minister (Sunday).

Also a top story was the possible impeachment of US President Donald Trump over the political and ethical scandals surrounding him.

The refusal of two major US banks to obey Trump’s sanctions on Iran and cutting Tehran’s access to the US dollar also received great coverage. 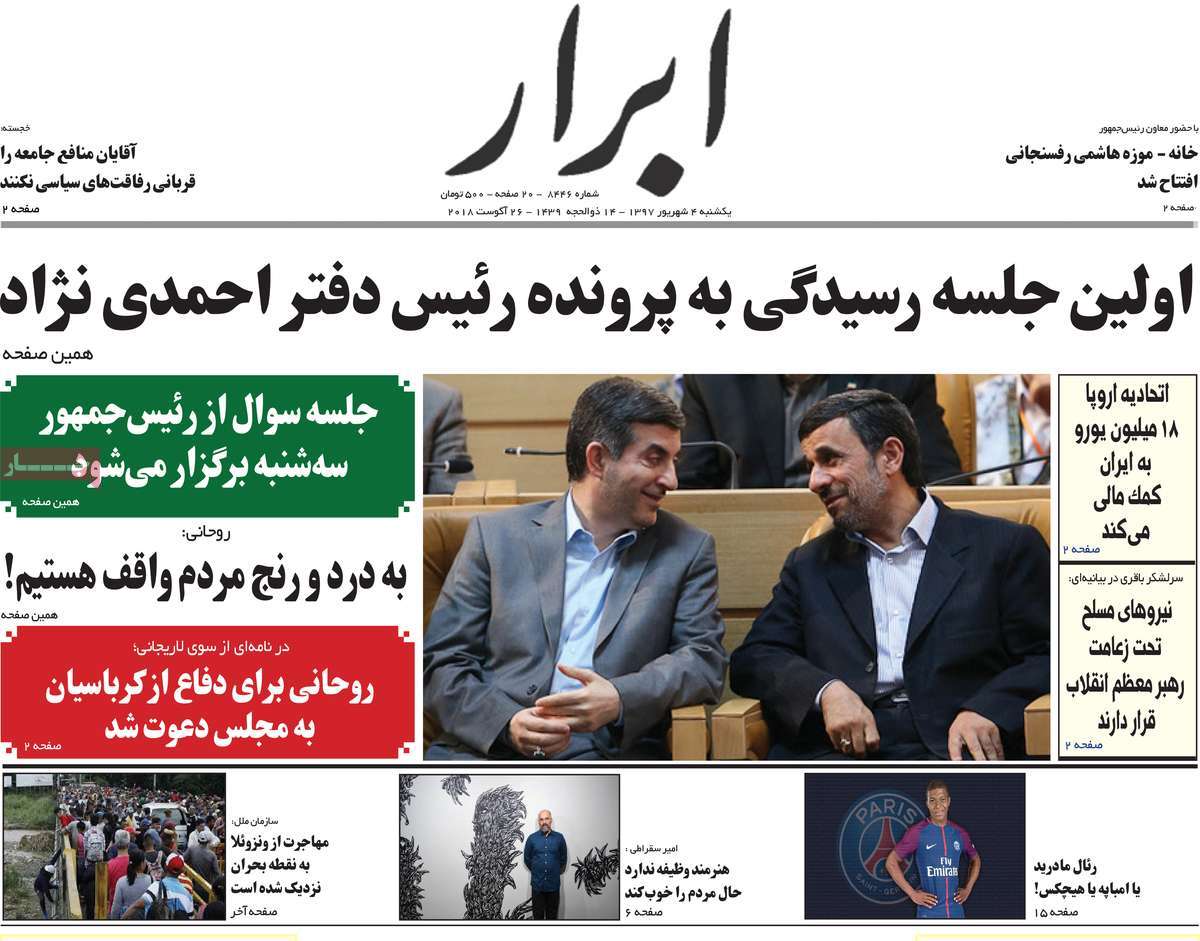 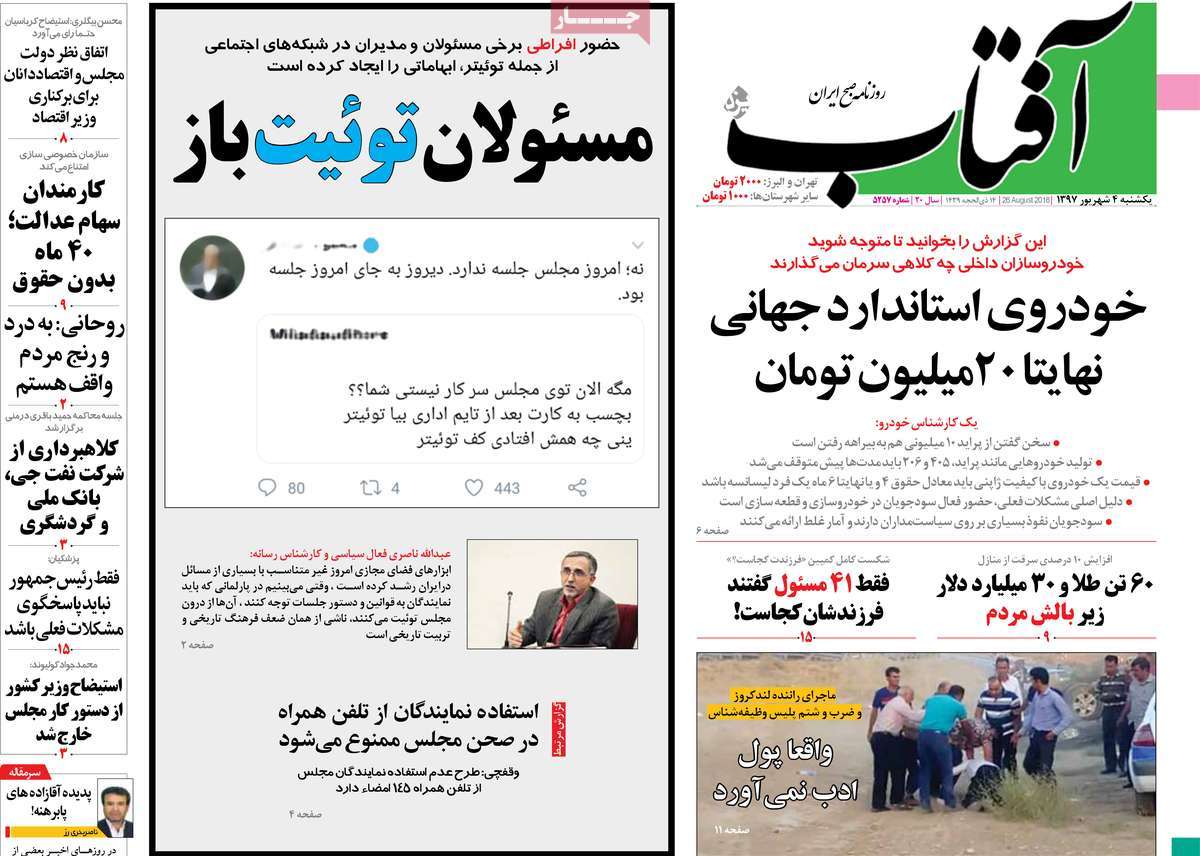 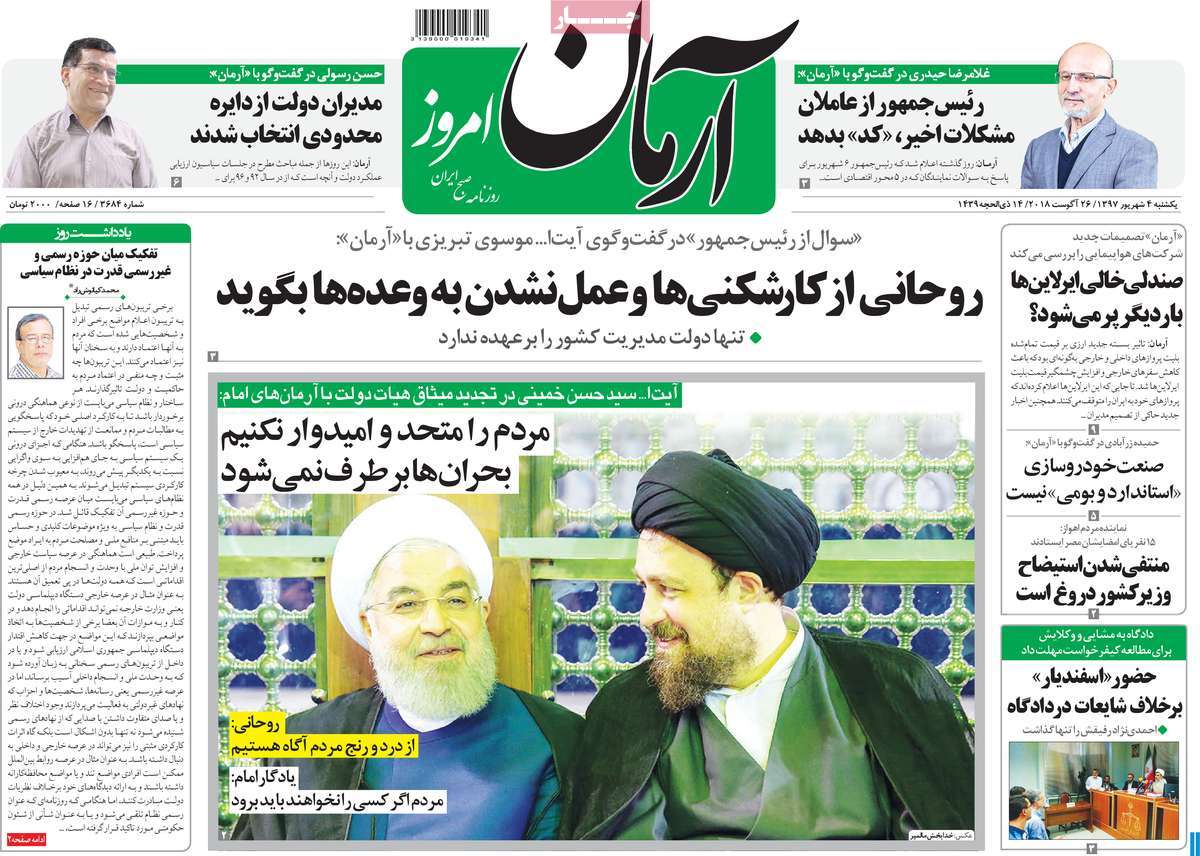 1- Two Major US Banks Say No to Trump’s Sanctions

1- Russia Warns about US, UK, France’s Preparations for Attacking Syria

1- Rouhani to Political Parties: Don’t Distance Yourself from Government 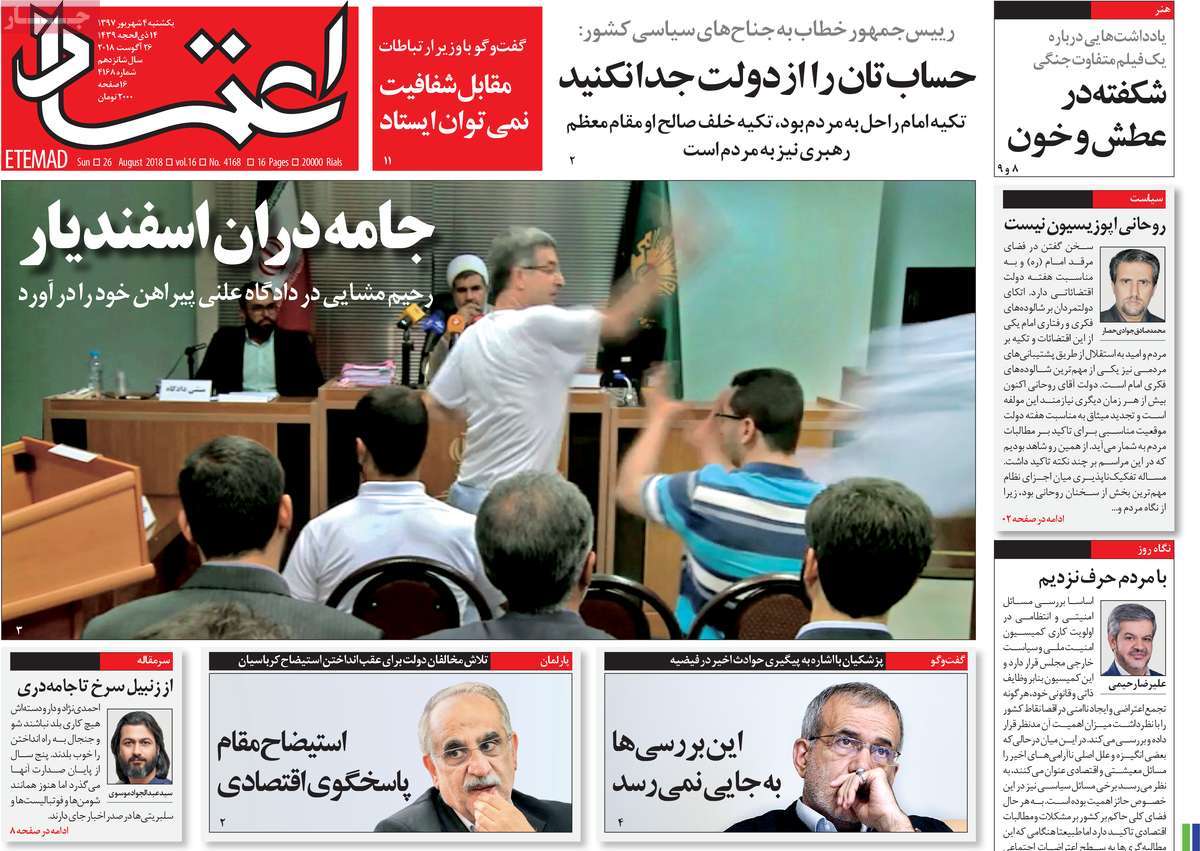 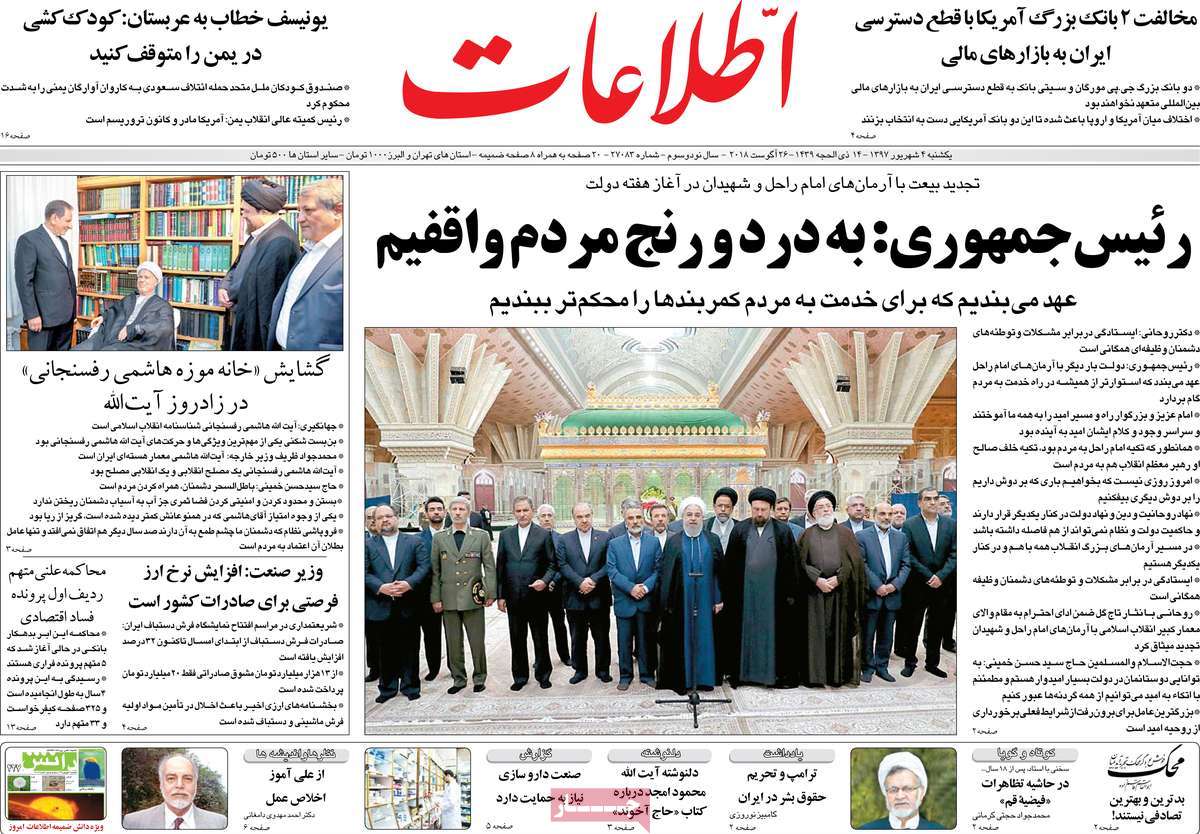 2- Beyond Winning Medals: A Report on Iranian Athletes’ Ethics in Jakarta

1- China, Russia, and Now India and Germany Seeking to Ditch US Dollar! 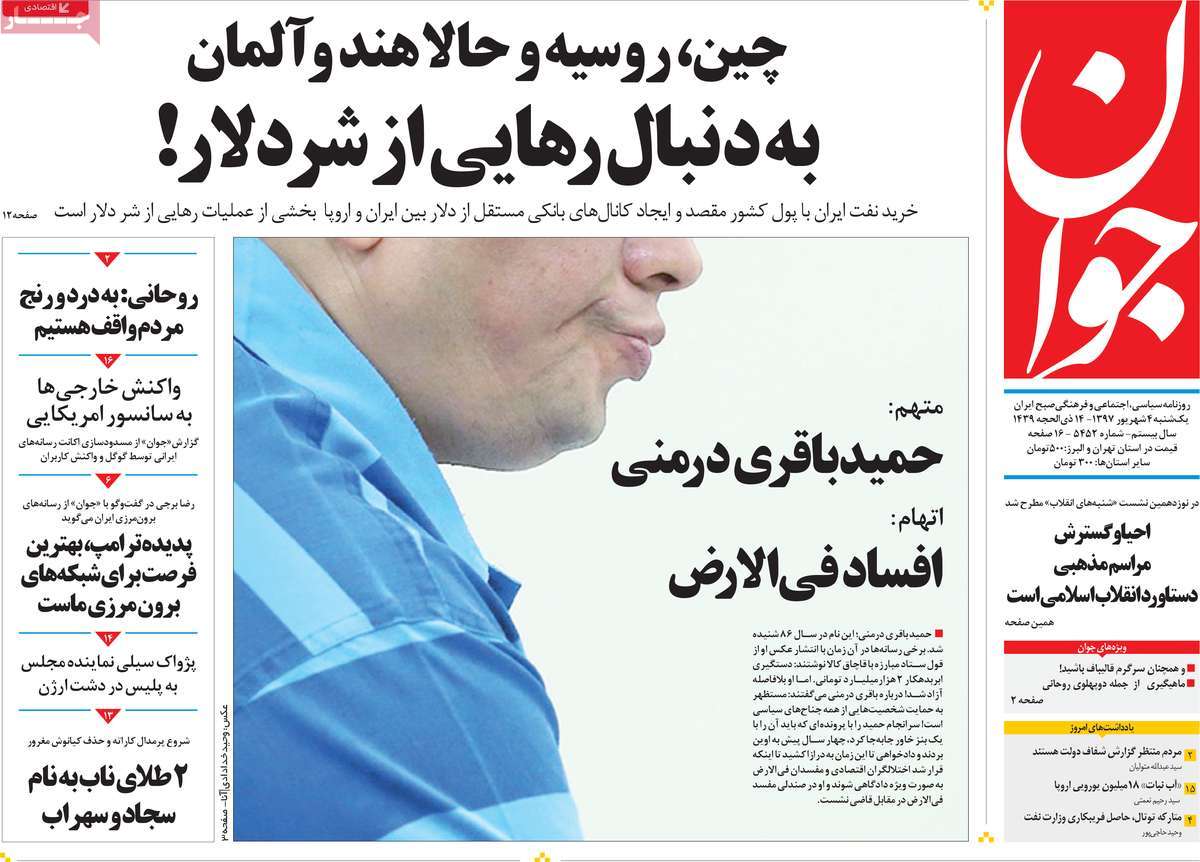 1- Who Will Impeach Trump? 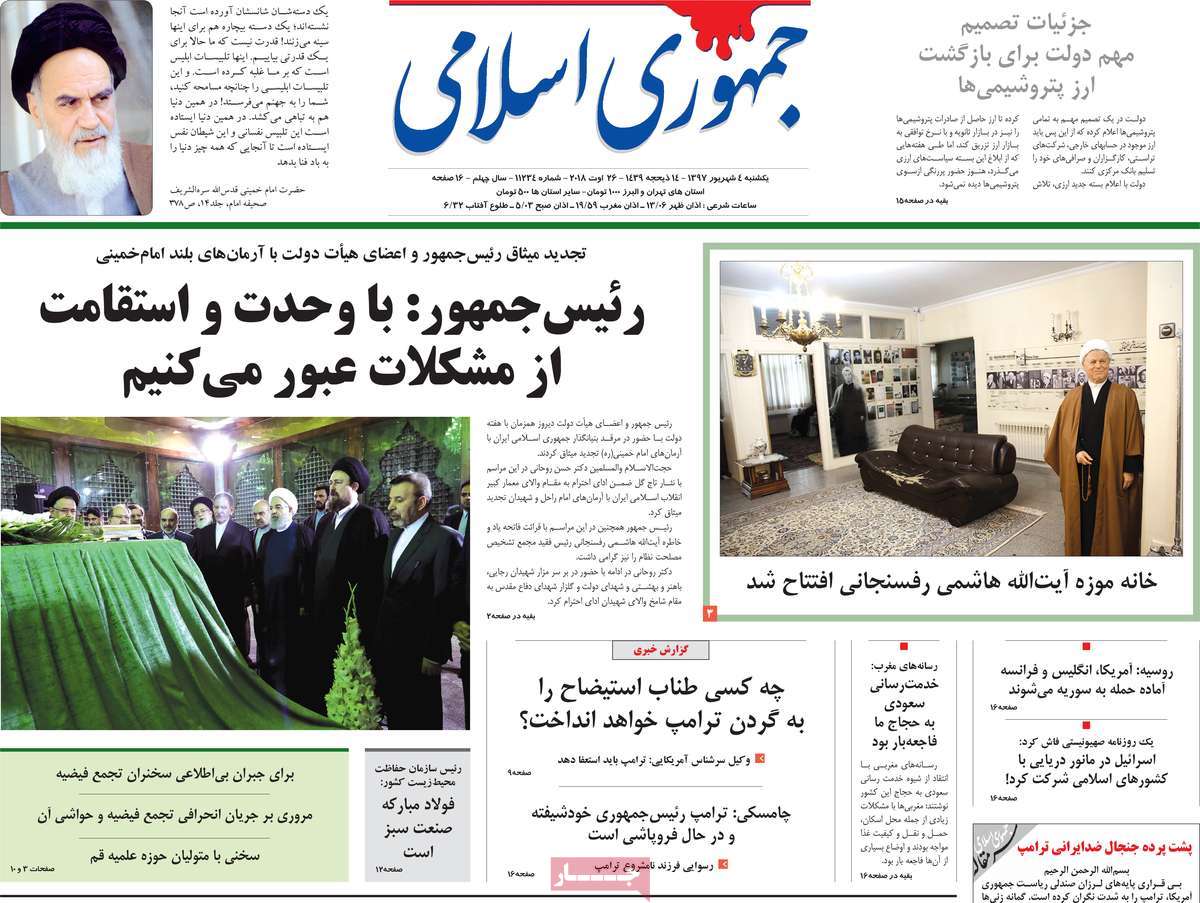 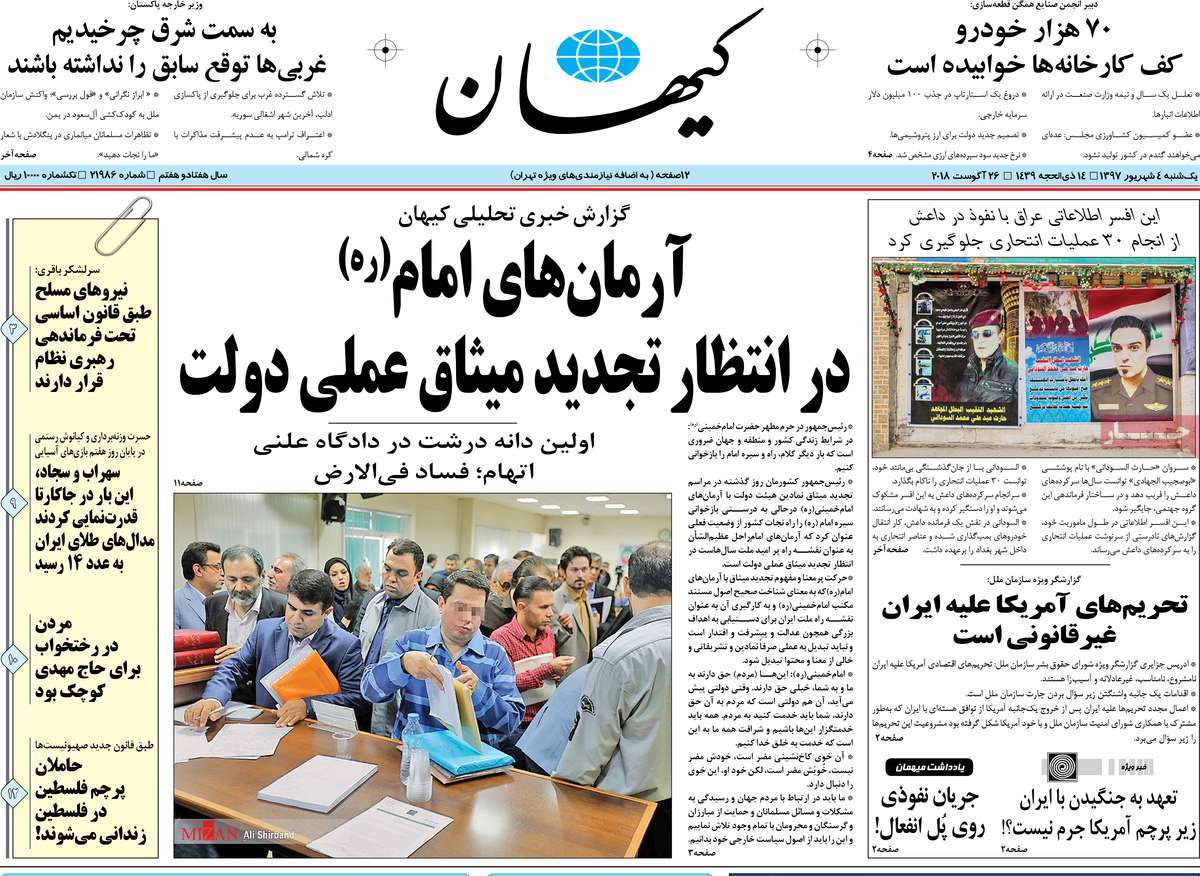 2- Rouhani to Appear in Parliament on Tuesday 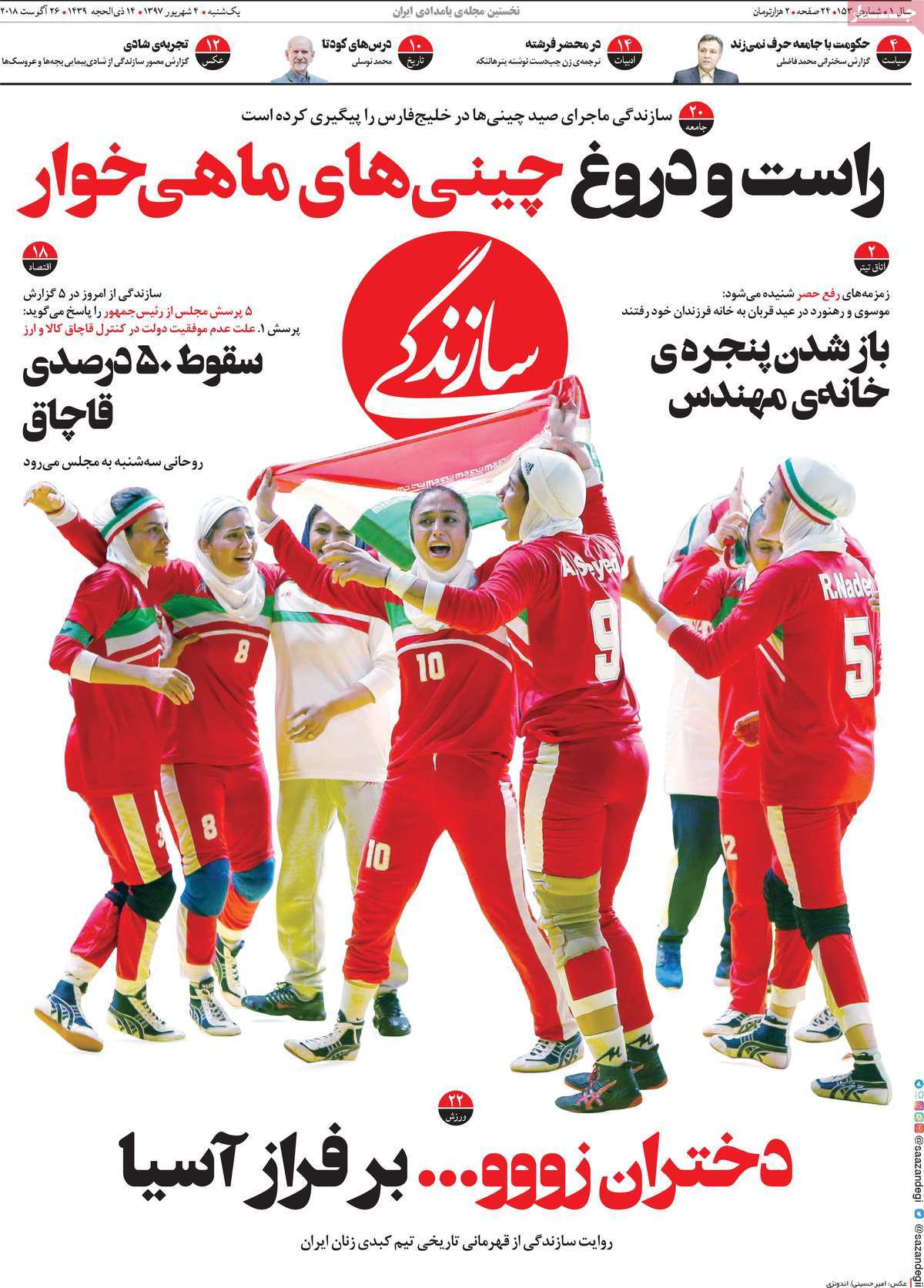 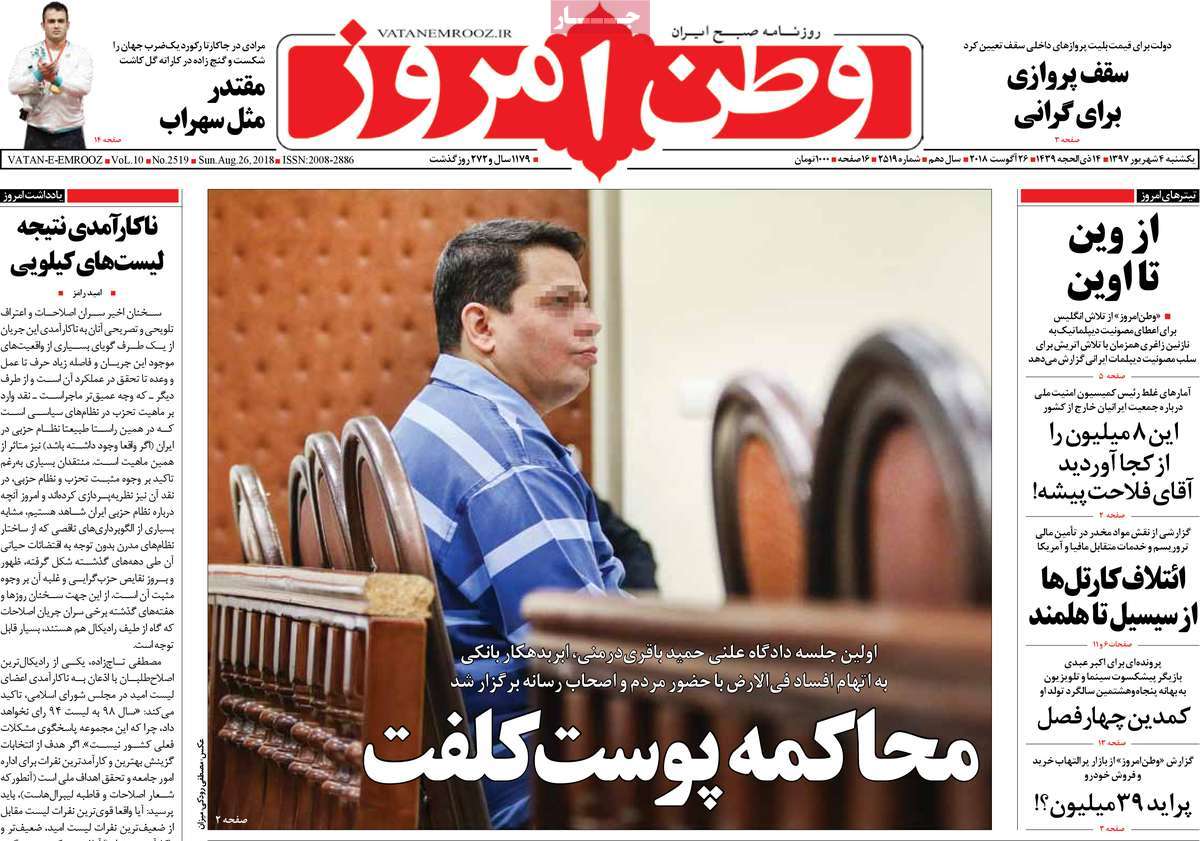