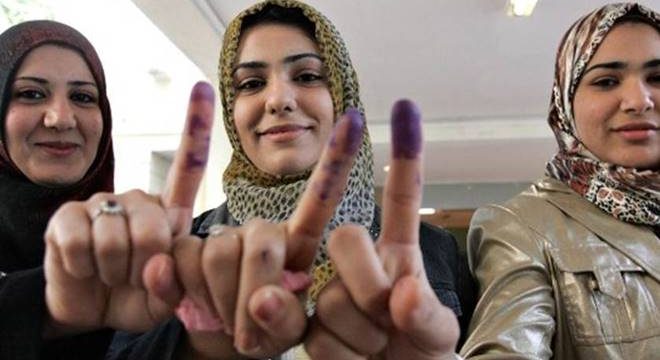 Iraqi parties’ polarity: Damaging to Iraq, advantageous to US

The root cause of the delay has been the objections raised against the vote results by some losing parties, but even the victors have a share in the situation as they have not reached an agreement ahead of the first meeting of the new Council of Representatives.

The Iraqi Supreme Court ratified the May 12 parliamentary elections on August 19, opening the door for faster cabinet formation. After the confirmation, the serving Prime Minister Haider al-Abadi and President Fuad Masum have emphasized the need for the parliament to hold its first session and pick its speaker and launch the constitutional process of the government formation.

The heads of the victorious lists— Saeroon, Nasr, Al-Hikmah, and Wataniya— held a meeting on Sunday to discuss an accord. Sayyed Muqtada al-Sadr, al-Abadi, Sayyed Ammar al-Hakim, and Ayad Allawi met in the Babylon Hotel in Baghdad to push forward talks on forming a new government. They agreed on the formation of a cross-sectarian “core” political alliance that would begin the formation of a new government.

The political leaders’ agreement on the government formation has been deemed a positive move but the country is facing another challenge. Iraq appears to be polarized over forming a parliament majority bloc. The former PM Nouri al-Maliki, who also serves as vice-president presently, has been pushing for the bloc. The office of al-Maliki, leading State of Law Coalition (SLC), has stated that the SLC and Fatah Alliance, led by Hadi al-Amiri held negotiations with Iraqi Kurdish region’s two winners Kurdistan Democratic Party (KDP), led by Masoud Barzani, and the Patriotic Union of Kurdistan (PUK), headed Kosrat Rasoul Ali.

The post-election Iraqi political developments seem to be moving towards a confrontational polarity between Islamic Dawa Party’s two leading figures al-Abadi and al-Maliki, though this theory can be raised only cautiously because so far no official statement has been made concretely unveiling the fragmentation.

The Iraqi political climate is now in a condition that each one of the two figures can fill the post of PM. The Kurdish and Sunni parties here play a game-changing role.

The fragmentation among the victorious parties raises some questions: How is it serving the Iraqi national interests? And who is taking advantage of this duel between the major Iraqi poles, particularly the Shiites who are the main power holders?

One issue should be considered before any response. At the present time, the emergence of a kind of competition both in the parliament and government formation may appear easy to see on the paper but on the ground it is highly difficult to come to the realization. Because once a side manages to form a government, a serious question will be raised: Will the other side take the role of opposition in the politics? The fact is that in the current Iraqi political atmosphere accepting an opposition role by the winners is relatively difficult. Any pressure for this will lead to a huge political crisis in a country just finished a costly fight against ISIS terrorist group. An initial consequence can be the current government shutdown. So, the best choice may prove to be forming a “paternal majority” in the parliament, a framework that can allow the whole alliances and factions, regardless of their ethno-sectarian roots, to contribute to the nation’s political and economic development under the umbrella of a unified majority alliance.

The foreign actors appear to have a role in this fragmentation. Since the beginning, the Americans did their best to fuel a polarity in the Iraqi politics. The vote outcome shows that the anti-American parties in Iraq attracted the largest number of votes in the May polls. This was a bad news to the US which, finding itself a key loser of Iraq’s election, sought the solution in a polarized political scene. The core targets of the American plot are Saeroon and Fatah, whose leaders are outspoken US opponents and even fought the American forces during the occupation years. Saeroon and Fatah won 53 and 48 seats respectively.

The polarity and the possible ensuing political crisis serve Washington’s agenda to keep the American forces on the Iraqi soil. Over the past few days, the US envoy to the international anti-ISIS military coalition Bret McGurk visited Baghdad and talked to the political leaders, a trip many analysts deemed divisive.

The Americans know it well that they find no chance of swaying, intervening, and crisis making in politics in an Iraq governed by a united, inclusive alliance bringing together all of the political factions. So, they find their interests in sowing division between the Iraqis and taking advantages once they succeed. Some of the Iraqi politicians seem to have already read the American mind. Mohamad al-Sayhoud, of the SLC, has talked to the Iraqi Sumeria news network about the goals behind McGurk’s Iraq visit, telling the broadcaster that Washington presses for a government in Iraq that acts in accordance with the American interests in the region. He continued: “The US wants to see a weak and puppet government formed so that the Americans can gain its control.”

The political experts have a prescription for Iraq to safely avert a political crisis and also steer clear of falling into the hands of the US afresh. They insist that the best way is forming a government with maximum inclusion, adding that only this path can lead the nation to the development track.