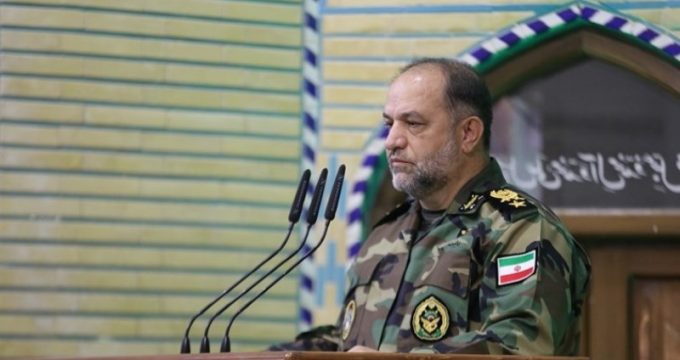 IRNA – Deputy defense minister said on Friday that Iran’s military and defense power are for deterrence, as the enemies and the US never dare to invade Iran in view of its high military industry capabilities.

In a pre-sermon speech in Yazd on Friday, Brigadier General Saeed Sha’banian added that global arrogance and its allies are aware of Iran’s defense capabilities and if they fire a bullet to the Islamic Iran, they will receive ten bullets in response.

“Iran’s defense industry is the outcome of the 40 years of efforts by the Iranian scientists and experts seeking self-sufficiency,” he said.

Building various types of missiles with a range of 2,000 kilometers are among the results of reliance on the local knowledge and capabilities of the young experts, he said.

He also reiterated that all defense hardware needed by the Islamic Republic of Iran is produced inside the country with no dependence on foreign states.