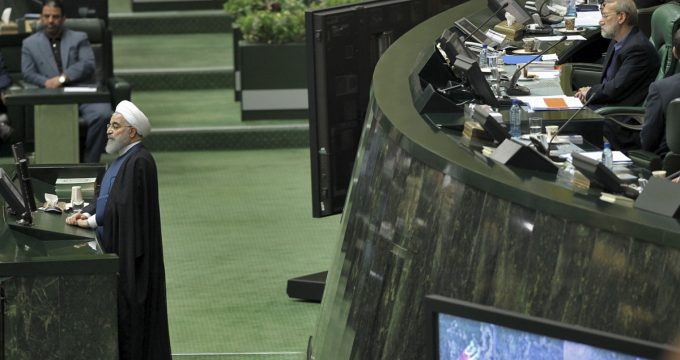 IRNA – Iranian President Hassan Rouhani has expressed readiness for attending at the Parliament and answering lawmakers’ questions, a senior member of the country’s Majlis (parliament) said.

Deputy President for parliamentary affairs Hossein-Ali Amiri in a letter to the Parliament presiding board said that President Rouhani would be ready to answer the MP’s questions on Tuesday (August 28), Behrouz Nemati told the Islamic Republic News Agency (IRNA) on Saturday.

The questions would mainly revolve around the country’s current economic situation and the government’s policies to control the depreciation of Rial against foreign currencies, as well as foreign currencies smuggling, economic recession, and banking sanctions.

Nemati also said the impeachment of Minister of Economy and Finance Masoud Karbasian will be held in the Parliament on Sunday August 26.