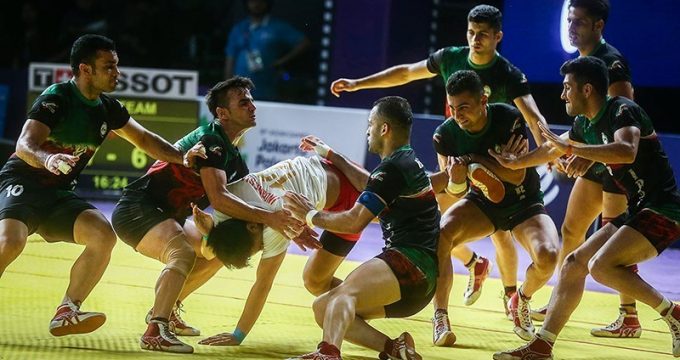 Tasnim – Iran’s women’s and men’s Kabaddi teams booked their places in the finals of the 2018 Asian Games on Thursday.

The women team defeated Thailand 23-16 in the semifinals.

Iran will play powerhouse India on Friday in the final match.

The Iran’s men’s team also made history, defeating giant India 27-18 in the semifinals.

Team Melli will meet South Korea in the final match on Friday.