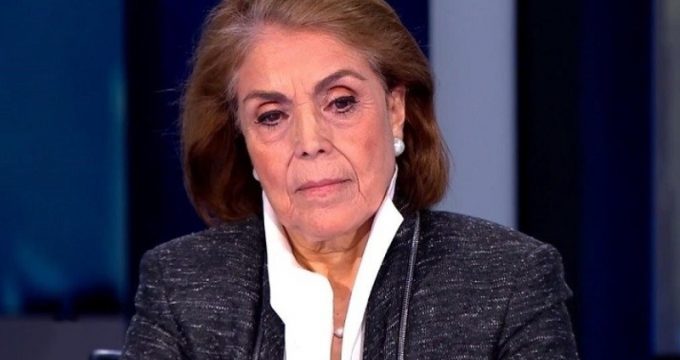 IRNA – The US pressure on Iran, including its new Action Group, fuels economic, diplomatic and psychological war on Tehran, a Washington-based specialist said.

Speaking to the Islamic Republic News Agency (IRNA), Shireen Hunter, an Iranian-American IR professor at Georgetown University, said that Iran Action Group was rather a symbolic gesture to pile up pressure on Iran, with psychological war being the pillar of the campaign.

The war that Washington is leading has three diplomatic, economic and psychological dimensions, aimed at frightening Iranian people and officials, the expert said.

The US on Thursday assigned Brian Hook as the head of the State Department’s Iran Action Group to lead Trump’s pressure campaign against Tehran.

Referring to the functions defined for the new group, the analyst said making coordination among the state arms for force Iran is something tailored for the American domestic audience.

‘I doubt the group will influence other countries’ cooperation with Iran,’ she said.

What concerns Iran is not the governments’ actions, rather it is the companies that are acting within the framework of market economy independent of their national governments, according to Hunter.

Therefore, what the US has formed under the name of Iran Action Group is only of domestic use, she said.

With a reference to the negotiation offered by President Trump to his Iranian counterpart, Hassan Rouhani, she said Trump is looking for an opportunity to benefit from negotiation with Tehran against his predecessor, suggesting that the President is seeking supremacy over Barak Obama.

The Trump administration has overturned numerous policies and measures taken in Obama-era, including pulling out from a number of international agreements and organizations.

Washington withdrew from the nuclear deal with Iran, known officially as the Joint Comprehensive Plan of Action (JCPOA), in May.

Trying to tighten the noose on Iran’s economy, Trump has re-imposed sanctions that had been lifted in exchange for Tehran nuclear program under the deal.

The US president has suggested that he was ready to talk with Tehran without any precondition.

Explaining the contradiction between Trump’s claim on non-conditional talks with Iran and his administration’s officials, including the Secretary of State, setting preconditions for Tehran, Hunter said the two groups are pursuing different goals.

They are trying to prevent any possible talk by setting such preconditions, she said.

She also believed that Washington was trying to blame Iran for not attending the negotiation table.

What we need the most under current conditions is a public diplomacy to show the world that it was not us that refused the talks, the university professor said.