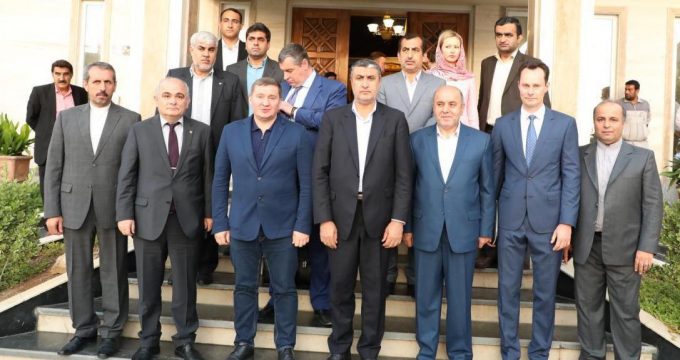 Russian delegation in north of Iran to sign MoUs

The trip is aimed to sign MoUs in different sectors and to hold meeting with Mazandaran governor and economic activists.
This is the second delegation from Volgograd visiting Mazandaran Province.

Mazandaran also held an exhibition on economic capacities in Volgograd.

The draft of the MoU between Mazandaran and Volgograd has been put on the agenda during the exhibition and the text of the draft was approved by Russian officials and Iran Foreign Ministry.

Volgograd, formerly Stalingrad, is a city in southwest Russia, on the western bank of the Volga River.