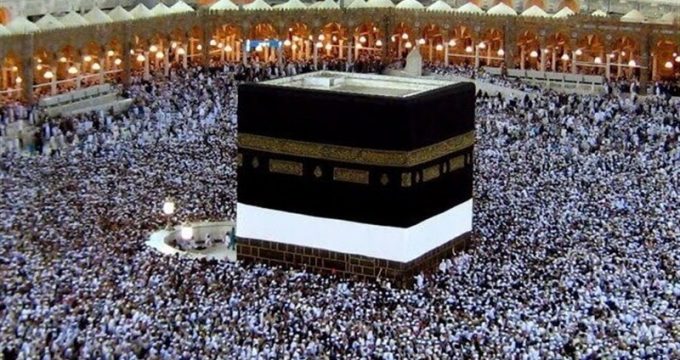 Tasnim – Millions of Muslims celebrated the Eid al-Adha in Mecca on Tuesday during the annual Hajj pilgrimage.

The Saudi Al-Quran TV channel showed hundreds of thousands of Muslim pilgrims walking around the Kaaba and praying in Mecca on the day of Festival of the Sacrifice.

Eid al-Adha, or the ‘Festival of the Sacrifice,’ honors Ibrahim, the messenger of Allah’s will to sacrifice his son to God before Jibra’il intervention, and is one of the globally celebrated Islamic holidays.

The Hajj sees around two million Muslims from all over the world gathering in Mecca, the holiest city for Muslims.

Every able-bodied Muslim with the financial means should make the pilgrimage to Mecca at least once in their lifetime.