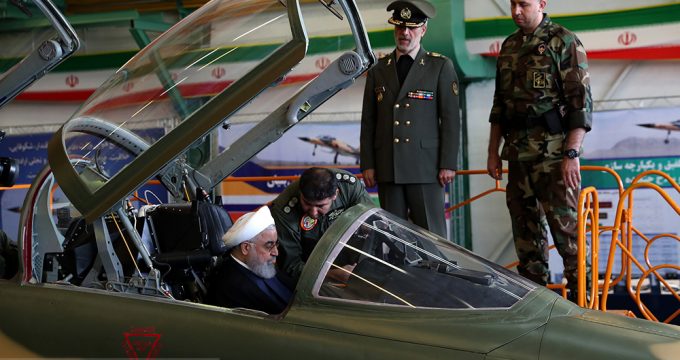 Iranian President Hassan Rouhani said on Tuesday that the United States does not dare to attack Iran as it is aware of the Islamic Republic’s military power and the high price of conflict.

The Iran Power Generation Transmission and Distribution Management Company (Tavanir) announced that it has resumed supplying electricity to neighboring countries since 10 days ago after meeting domestic needs.

The Iranian Foreign Ministry says it guarantees the country’s share of the Caspian Sea has not been reduced at all based on the Convention recently signed on the legal regime of the Caspian Sea by the leaders of Iran, Kazakhstan, Russia, Turkmenistan, and Azerbaijan in Aktau.

Iraq to ask U.S. for exemptions on some Iran sanctions

Iraq’s economy is so closely linked to Iran that Baghdad is going to ask Washington for permission to ignore some U.S. sanctions on its neighbor, Iraqi government and central bank officials said.

United by US sanctions: Iran could trade with Crimea using Russian river system

US-sanctioned Iran is interested in doing business with Russia’s Crimea, according to the authorities from the Russian region, which is also facing sanctions from Washington and Brussels.

Eid Al-Adha opportunity for Muslims to unite in face of divisive plots: Zarif

Iranian Foreign Minister Mohammad Javad Zarif said at a time that enemies are seeking to divide Muslims, Eid al-Adha (the Feast of Sacrifice) is a great opportunity for Muslims around the world to unite and “come together”.

Joining CFT makes no sense after US withdrawal from Iran deal

Spokesman for Iranian Parliament National Security Commission Naghavi Hosseini said following US withdrawal from JCPOA and the failure in talks with Europe, Iran’s joining the CFT convention is not necessary.

President Rouhani described Iran’s defence readiness not meaning warmongering, but seeking sustainable peace and said: “Lack of defensive power means a green light to enemies and we are all responsible to protect Iranian nation’s security, power and dignity with the lowest price possible”.