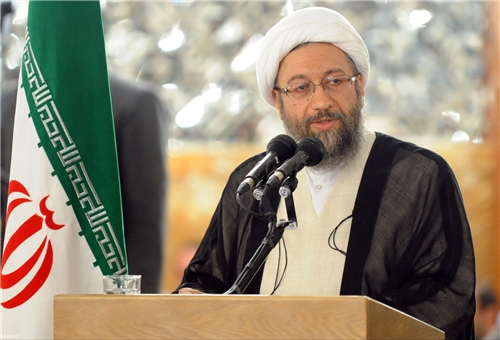 IRNA – The great nation of Iran willl strike a big blow on the enemy this time, Iranian judiciary chief said on Monday.

‘We are sure that this time, the enemy will be given a bigger blow,’ Ayatollah Sadeq Amoli Larijani said on Monday.

He referred to role of US in the 1953 coup d’état in Iran, and said, ‘Today the country is more powerful than any other time in various fields of science, defense and industry and can bypass the difficulties resulted from the US sanctions.’

The US has intensified economic war on Iran and US President Donald Trump has mounted pressure on Iran and on May 8 announced that Washington would withdraw from Iran’s nuclear deal and re-impose nuclear-related sanctions on the country.