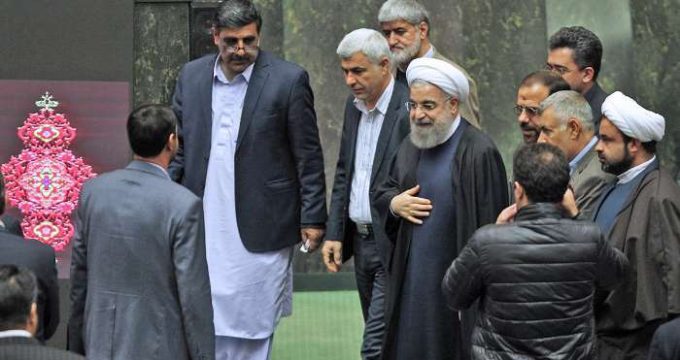 Iranian president to appear in parliament on August 29: MP

Tasnim – Iranian President Hassan Rouhani will appear in the Parliament on August 29 to answer a series of questions on his administration’s performance, particularly in dealing with the country’s economic woes, rapporteur of the Parliament’s presiding board said.

Behrouz Ne’mati told Tasnim on Monday that the president will most probably appear in the Parliament on August 29 to answer the lawmakers’ questions.

Members of the cabinet are going to meet Leader of the Islamic Revolution Ayatollah Seyed Ali Khamenei on August 28, the MP noted, adding that the president is bound to appear in the Parliament no later than September 1.

Rouhani has come under pressure for poor handling of the economic situation that has resulted in a hike in the value of foreign currencies and gold coin prices in recent months.

The Iranian money plunged to a record low against the US dollar this month. There has been growing demand for dollars among ordinary Iranians, who fear more plunge in the value of their assets and growing price of goods, even those not imported from abroad.

Besides the president, a number of his ministers are also going to be questioned by the Parliament.

Last week, the lawmakers gave a vote of no confidence to Minister of Cooperative, Labor and Welfare Ali Rabiee, who had been under fire for controversial job assignments in organizations under his control, lingering problems and job insecurity in the working class and improper insurance conditions.