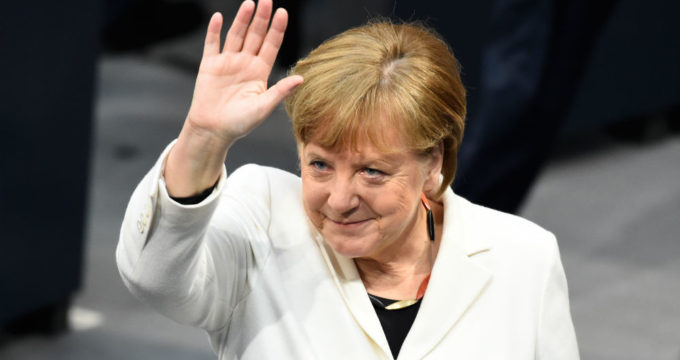 Iran to Merkel: Missile program not for negotiations

FNA – Iran on Monday reminded German Chancellor Angela Merkel of its opposition to talks on its defense and missile programs.

“She and her advisors should be aware that the nuclear deal and Iran’s missile program are two separate issues and are not related,” Foreign Ministry Spokesman Bahram Qassemi told reporters in Tehran on Monday.

“Iran’s missile issues are not negotiable,” he underscored.

His remarks came in reaction to Merkel’s recent remarks in a meeting with Russian President Vladimir Putin in Berlin that Germany is concerned about Iran’s missile program.

In relevant remarks last Monday, Iranian Defense Minister Brigadier General Amir Hatami assured the nation that the country would continue its progress in defense and missile fields regardless of enemies’ threats and sanctions.

“The Islamic Republic of Iran’s missile power is a defensive deterrent power and as I had promised our dear people, I will not spare any efforts to increase the country’s missile capabilities and certainly, we will increase our missile power on a daily basis,” General Hatami said, addressing a ceremony to unveil a new home-made pin-pointing missile named ‘Fateh Mobin’.

He referred to the enemies’ threats against Iran for its missile capabilities, and said, “What is said about the Islamic Republic’s defense and missile power is a cheap and baseless claim and clear meddling, and the great Iranian nation does not allow any foreign power to interfere in its defense and military affairs.”

General Hatami described Iran’s missile and defense power as a deterrent, and said, “God willing, we will endeavor to strengthen this defense capability day by day.”

He also underlined Iran’s determination to further enhance its defense power in all fields despite sanctions, pressures and psychological war by enemies.