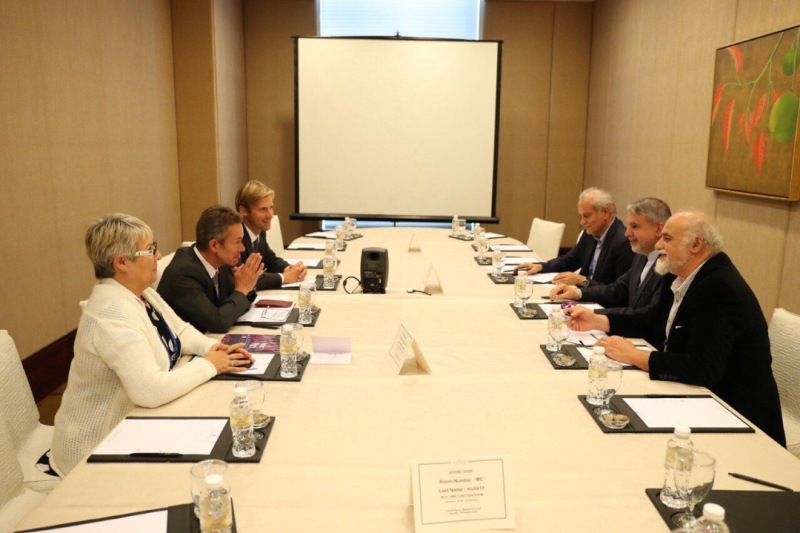 The officials included Chairman of NOCI Reza Salehi-Amiri and Director of Olympic Solidarity and Relations between the IOC and the National Olympic Committees Pere Miro.

Iran’s national squad is presently in the Indonesian capital for Jakarta Asian Games which kicked off on August 18 and will wrap up on September 2.

Miro, in the meeting, submitted an official invitation from IOC President Thomas Bach to Iran’s Salehi-Amiri to attend a meeting slated for September 12 in Lausanne, Switzerland, where OIC headquarter is located.

Referring to the long-lasting relations between the international committee and Iran, Miro said National Olympic Committee of Iran is one of the most important and influential bodies both in Asia and worldwide.

The IOC official further called for promotion of interaction between the two sides.

Salehi-Amiri, too, said Iran is ready to be present in training programs relevant to wrestling, powerlifting, taekwondo and other sports fields.

The Iranian official also expressed Iran’s readiness for cooperating with the IOC in all fields, training in particular, which follow ‘sports solidarity’ policy.

Salehi-Amiri further called for holding special training courses for improving the level of knowledge of the champion athletes and coaches.