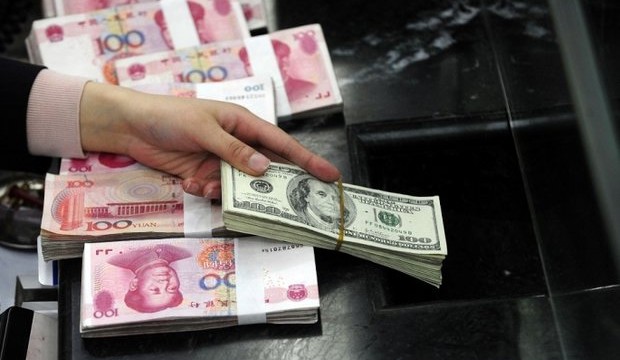 Press TV – Iran has removed the US Dollar from its official currency rate reporting platform and replaced it with China’s Yuan in an effort that the media in Tehran say could be a key step toward ditching the greenback in trade.

As of Monday, the Dollar was taken off Sanarate.ir – a website affiliated to the Central Bank of Iran (CBI) used to display the average rates of the country’s most tradable currencies such as the Dollar, the Euro and UAE’s Dirham. Searches in the archives of the website would also show the Yuan instead of the Dollar.

The rates are the average trading figures obtained from licensed currency exchange shops across the country in different intervals of the day.

In their reports over the move, Iran’s media said the CBI had removed the Dollar from Sanarate.ir after the prices of the hard currency on Sunday exceeded those of the Euro – what they said was an “unreasonable” phenomenon as the Dollar used to always be sold at rates below the Euro.

In Sunday’s trading, the Dollar in Sanarate exceeded Rials 102,800 while the Euro stood at around Rials 93,880.

The average price of the Yuan in Monday trading in the same platform was put at Rials 11,688.

In February, Iran announced that it had stopped using the Dollar as the official reporting currency and instead switched to the Euro. This was seen in line with efforts to reduce the impacts of returning US sanctions against Iran that included restricting the country’s access to the greenback among other bans.

Iran has taken several other measures to reduce its vulnerability to US economic sanctions specifically the depreciation of its Rial.

Earlier this month, the government of President Hassan Rouhani unveiled a much-awaited package of policies to strengthen the Rial.

The package, which was unveiled by the Governor of the Central Bank of Iran (CBI) Abdolnasser Hemmati during a live televised interview on Sunday evening, most importantly comprised mechanisms to control the US dollar rates through a recently launched “secondary currency market.”