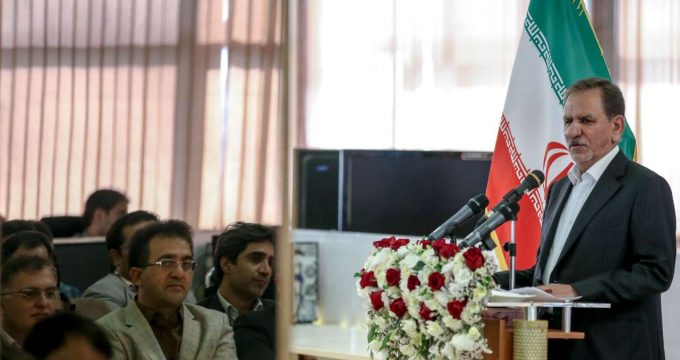 Veep stress planning based on ‘neither war, nor negotiation’ policy

MNA – First Vice President Es’hagh Jahangiri said Iran will continue cooperation with five remaining signatories to the JCPOA, adding “we must plan based on ‘neither war, nor negotiation’ policy of the Leader of Islamic Revolution.

Five remaining signatories vowed and reassured us to compensate for US exit from the nuclear deal; our sources at the Foreign Ministry and various organizations are pleased with the political performance of Europe, China and Russia. “No restriction has been reported in oil sector and some trade exchanges,” he added.

Regarding the government’s measures to implement “neither war, nor negotiation” policy based on the remarks made by the Leader of Islamic Revolution, Americans tried to make Iranian nation worried about the likelihood of war; Leader’s comments calmed them and they are sure at least there is no plan for a military warfare.

Describing Trump’s pullout from Iran deal as grave mistake, Jahangiri said “they, unilaterally and with no reason, withdraw from Iran nuclear deal signed after years of negotiations; they are the ones who should get back to the deal.”

The first vice president stressed “we must plan for our country, assuming that there is neither the possibility of war, nor the negotiations with the US.”