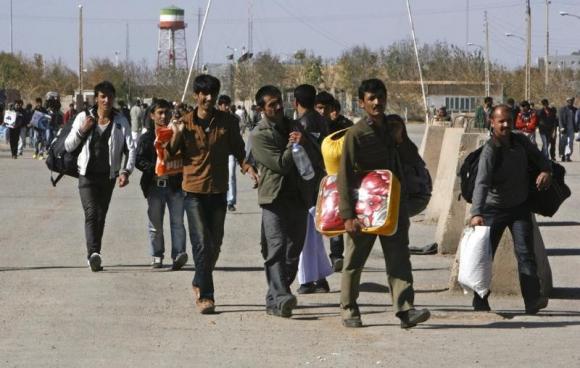 New wave of Afghans headed to Europe from Iran

MNA – In recent weeks, we have witnessed an exodus of Afghan citizens living in Iran and their efforts to find a new place for business. The devaluation of Iran’s national currency, partly driven by cruel US sanctions and the silence of European countries with regard to Trump’s actions, has sorely damaged the Afghans’ finances.

A large proportion of Afghans have used Iranian currency and spent it on their families across the Iranian border and this trend has intensified in recent months. Also, given the continuation of the security crises in Afghanistan and the lack of proper employment opportunities in Afghanistan, many Afghans, rather than returning to their homeland, prefer to go to Europe after leaving Iran.

Mehr News Agency’s reports from reputable sources indicate that many Afghan citizens living in Iran are trying to find an opportunity to move to Europe. Except for those who have relatives and acquaintances in Europe, many are planning to illegally cross the borders to Europe and this has led to the reopening of the market for smugglers in countries like Turkey.

Ahmed, a 26-year-old Afghan who lives in Mazar-e-Sharif, lives in the suburbs of Tehran, has said to a Mehr correspondent: “Many friends and acquaintances who work in Iran are looking for a way to go to Europe. We will not return to our country because there is not enough security there. And unfortunately, the continued presence of the foreigners, especially the American military and its support for the terrorists, has exacerbated this turbulent situation.”

The rise of Afghans migrating to Europe is taking place while the Unified Europe has failed to address the crisis. We saw this with the beginning and the intensification of the crisis of asylum seekers in Europe in 2015 and 2016, a crisis that the single European Union could avoid.

Currently, hundreds of thousands of asylum seekers in Europe are illegally there. Under such circumstances, Europe will certainly not drag out a new immigration crisis, but, any severe European confrontation with the flow of Afghan refugees will have unforeseen costs and consequences in Europe.

It is estimated that between 800,000 and a million of Afghan citizens living in Iran will be moving to Europe in the near future. In this case, the European Union will see the presence of a huge number of Afghans who want to stay in Europe, along with the problems caused by the presence of additional asylum seekers headed to Europe. Leaders such as German Chancellor Angela Merkel and French President Emmanuel Macron will be challenged to manage a fresh influx to their countries. They have not been able to stem the crisis caused by the presence of those refugees and asylum seekers already in Europe.