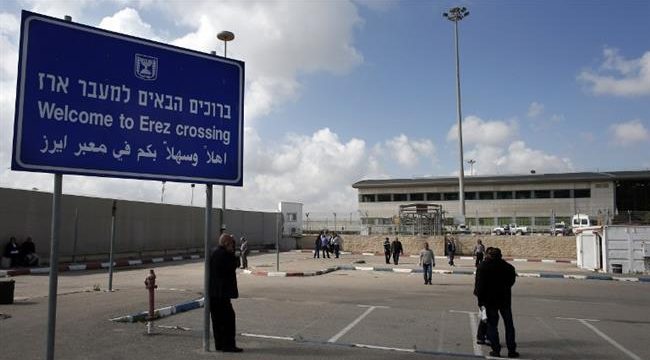 Press TV – Israel has tightened its years-long blockade of the coastal Gaza Strip by closing a pedestrian crossing into the Palestinian enclave.

Tel Aviv said on Sunday that it had taken the measure at the Israeli-controlled Erez crossing — the only Israeli pedestrian crossing into the Strip — in response to weekly Palestinian protests.

The crossing, situated along the northern part of the besieged Gaza Strip, is used for the movement of humanitarian aid into the territory.

The regime has routinely closed the crossing, banning the entry of humanitarian supplies and other goods into Gaza.

Egypt, one of the only two Arab countries that have open relations with Israel, has blockaded the rest of the strip, including by blocking the Rafah border crossing.

The Israeli minister for military affairs, Avigdor Liberman, linked the new measure to what he called “violent events at the border last Friday.”

Some 20,000 Gazans participated in protests on Friday, a few hundred meters from what Israel considers its “territory.”

Medics said Israeli gunfire killed two Palestinians and wounded at least 270 others, 50 of them with live bullets.

Tensions have been running high near the Israeli fence around Gaza since March 30, which marked the start of a series of protests demanding the right of return for the Palestinians driven out of their homeland during decades of Israeli violence.

The Gaza clashes reached their peak on May 14, marking the 70th anniversary of the Nakba Day (the Day of Catastrophe).

At least 170 Palestinians have been killed and over 18,000 others wounded in the fresh wave of Israeli violence in Gaza, according to the latest figures released by the Palestinian Health Ministry.