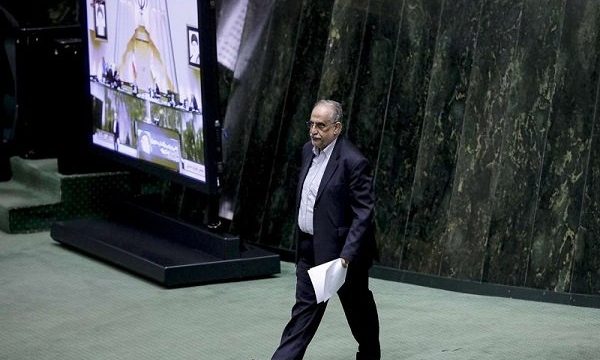 MNA – In Sunday’s open session of the Parliament, the letter signed by 33 MPs requesting for impeachment of Minister of Economy was delivered to the presiding board.

According to the Article 225 of the Parliament regulations, Minister of Economy Masoud Karbasian, is duty bound to attend the Parliament within 10 days in order to respond to the questions raised by the legislators.

In a letter to President Rouhani on August 01, 193 members of the Parliament demanded introduction of ‘maximum resuffles’ in the administration’s cabinet. A week later, the Parliament impeached Minister of Labor, Cooperatives and Social Welfare Ali Rabiei. The administration had also earlier appointed Abdolnaser Hemmati as the new governor of Central Bank of Iran (CBI).

The economic status of Iran, especially rial depreciation is regarded as the main reason behind minister of economy’s impeachment. Karbasian assumed office on August 20, 2017 in the second term of Hassan Rouhani’s presidency.