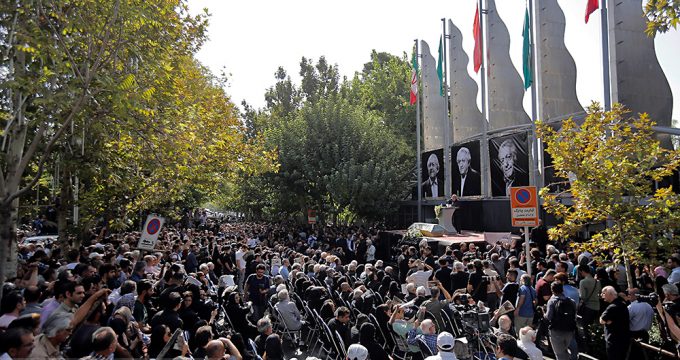 Tasnim – Celebrated Iranian actor Ezzatollah Entezami was laid to rest after a crowded funeral service here in Tehran on Sunday.

A huge crowd of mourners attended the funeral of Entezami, known as “Mr. Actor” in Iran.

Minister of Culture Abbas Salehi and a host of Iranian cinematic figures along with people from different walks of life took part in the funeral procession.

It was held at the Vahdat Hall in downtown Tehran and the legendary actor was later laid to rest in a cemetery south of the city.

Entezami passed away at age 94 in Tehran on Friday morning. 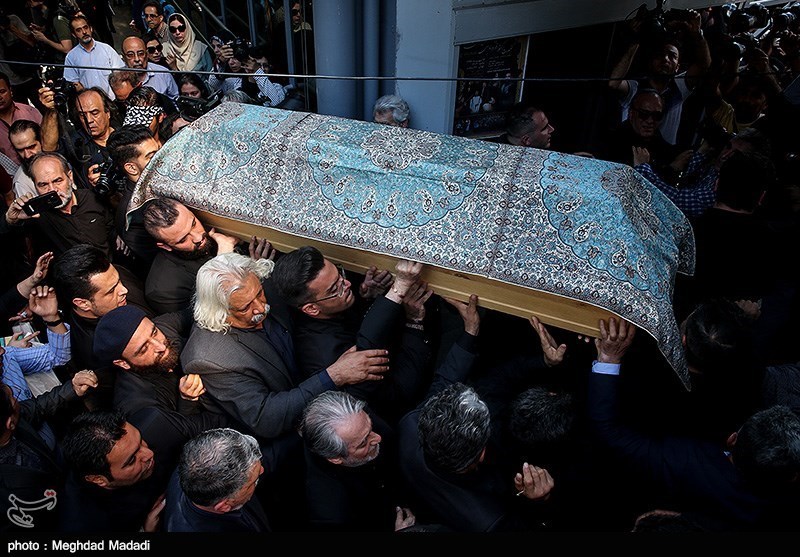 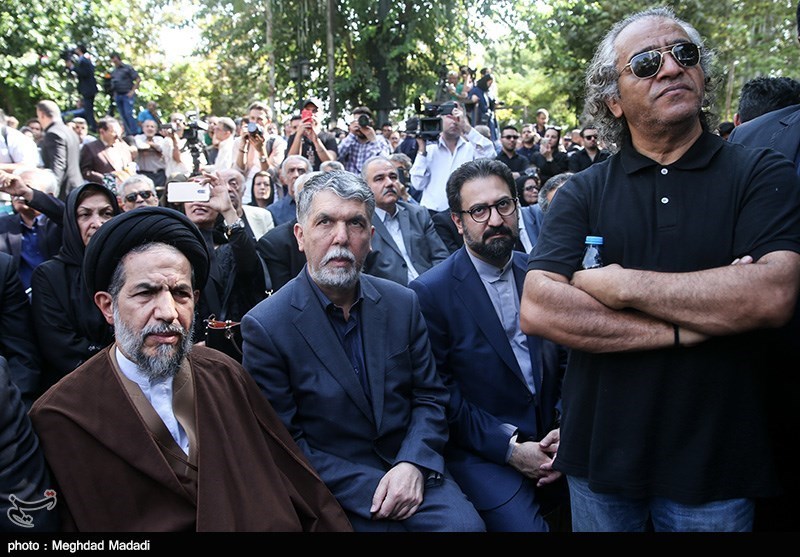 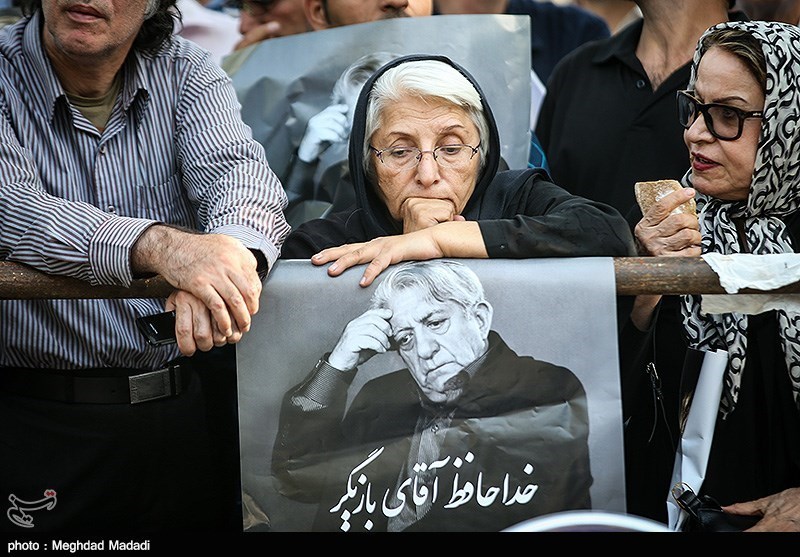 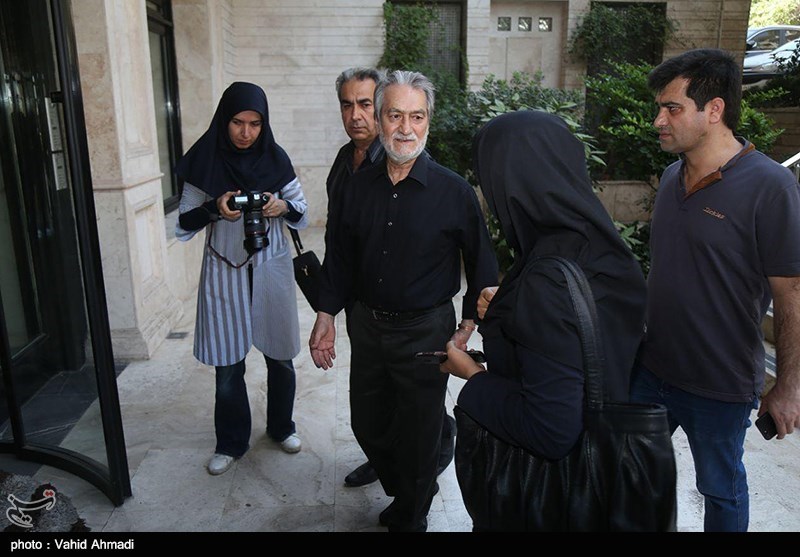 He had a stellar record of professional role-playing in the theater and motion picture industries for more than 70 years.

Born on June 21, 1924, Entezami graduated from a technical and vocational school in Tehran, but moved to Germany’s Hannover in his 20s to attend classes in theater and cinematography.

His son, Majid, is a renowned musician and composer.