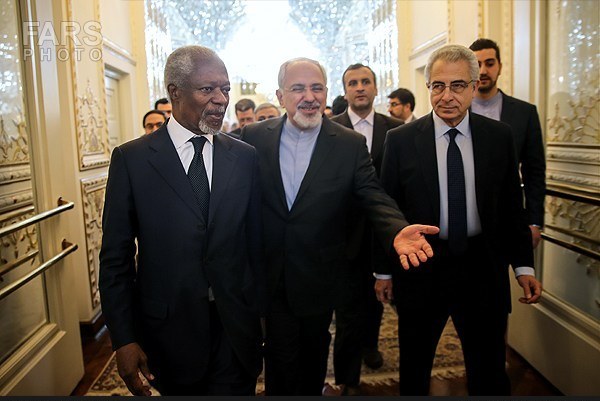 “Extremely saddened by passing of Kofi Annan, a toweing global leader and an unwavering champion for peace, justice and rule of law,” Zarif wrote on his twitter page on Saturday.

“Rest in peace my dear old friend,” he added.

Kofi Annan died at the age of 80 after a short illness, his family and foundation announced on Saturday.

The Ghanaian was the seventh secretary general and served for two terms between 1997 and 2006. He was awarded the Nobel peace prize for his humanitarian work jointly with the UN as an organization in 2001.

He died in hospital in Bern, Switzerland in the early hours of Saturday with his wife, Nane, and three children Ama, Kojo and Nina, by his side. He had retired to Geneva and later lived in a Swiss village.