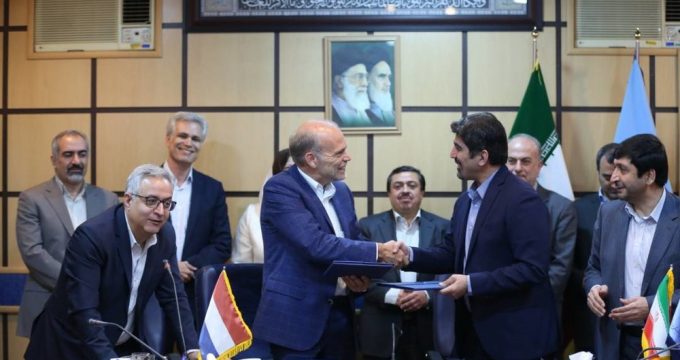 IRNA – An agreement of cooperation on food research was signed between officials of two Iranian and Dutch universities on Saturday.

Head of the Iranian Shahid Beheshti University Mohammad Aqajani made the announcement after signing a Memorandum of Understanding (MoU) in Tehran with a food research center of Wageningen University and Research (WUR) from the Netherlands.

Referring to universities of medical sciences as the arms of Ministry of Health, he described the new MoU with the Netherland’s university as one of the steps by Shahid Beheshti University toward performing its responsibility.

The cooperation between the two universities that began with holding courses, has been extended to joint research projects and students exchange, according to the academic.

The MoU signed with WUR is a collective effort focused on food health, Aqajani said.

He also noted that two other MoUs on scientific research and technology transfer will be signed by the representatives of the two research centers.