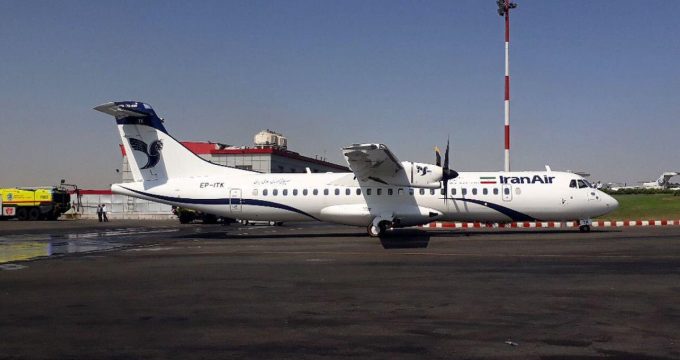 IranAir took delivery of five more ATR turboprop aircraft only a day before the return of US illegal sanctions that have already torpedoed Iran’s plane purchases with other major providers. The planes that had left France’s Toulouse earlier in the day landed in Tehran’s International Mehrabad Airport on August 5, Sunday morning, after a short stop for refueling in the northwestern city of Urmia.

IranAir signed last year a contract to buy 20 ATR 72-600 aircraft, joint-owned by France-based Airbus and Leonardo of Italy, worth $576 million.

ATR – which had delivered 8 planes to Iran under the deal and started building another 12 – has been lobbying the US Treasury to allow it to take advantage of the normal wind-down period for Iran business by giving it temporary new licenses.

Airbus said last month it would not attempt to deliver any more planes to Iran in the wind-down period. It has delivered just three of 100 ordered by IranAir.

Boeing, which had sold 80 jets to IranAir under the 2015 nuclear deal, does not plan any deliveries.