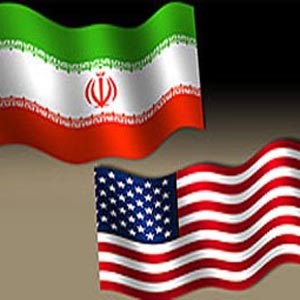 US won’t benefit from imposing sanctions on Iran

On the other hand, the United States’ unilateral insistence on the resumption of sanctions against Iran indicates that Donald Trump’s stands alone in opposing Iran.

Recently news sources have explicitly announced that imports of Indian and Chinese oil from Iran have risen despite sanctions and threats posed by Washington. Also, countries like Turkey and even some European players have announced that they will not adhere to the Trump’s government sanctions against Iran.

In other words, Trump has lost one of the most important economic deterrent against Iran, which is the “consensus over Iran’s sanctions”. On the other hand, Trump is currently and simultaneously leading the trade war with countries such as China and Canada, and even the European Union.

Under such circumstances, the President of the United States has basically lost his control over the situation. This is one of the main reasons for Trump’s insistence on holding direct talks with Iran at any time and without preconditions.

A brief review on international analysts’ argumentations could draw a clearer picture of the whirl which Trump had been stuck in. The Axios, for instance, points to some tangible subjects about the United States’ failure to sanction Iran.

According to this magazine, the first part of the US sanctions, which was abolished under the terms of the 2015 nuclear deal, were re-imposed on Iran after the U.S. withdrawal from the This is while China is the top consumer of Iranian oil and thus benefits most from this conditions.

On the other hand, Washington’s sanctions on companies and countries that do business with Iran will hit European firms the hardest. That leaves room for China and Russia, both well-positioned to evade US sanctions, to strike deals with Iran.

The fact is that one of Trump’s main goals of economic confrontation with Iran was to put the Islamic Republic of Iran under constant pressure. However, it seems that Trump has made a terrible mistake in this regard!

It should not be forgotten that the Islamic Republic of Iran can prevent the widespread impact of these sanctions on its economy through crisis management and effective consultation with other international players.

The Axios writes “President Trump’s decision to unilaterally withdraw from the Iran nuclear deal throws a new degree of uncertainty into global oil markets and poses a stark dilemma for US foreign policy.

The Trump administration’s efforts to drastically reduce Iran’s oil exports might risk a massive blow to US consumers and allies. If Trump’s “maximum pressure” campaign succeeds, the volatile and rising gasoline prices that result could finally dent his approval ratings, even among hardline supporters, and spark a global recession.

It continues; “The Trump administration has declared that it wants Iran’s oil customers to “go to zero” by November 4. But in reality, the administration will have to provide waivers for certain countries to avoid dire consequences.”

“The more successful you are at [hurting Iran], the more complications you have at home with higher oil prices, and the more complications you have with your allies, pushing them into recession,” said Amos Hochstein, a former special envoy for International Energy Affairs who played a key role in imposing oil sanctions on Iran in 2012, at an Atlantic Center panel discussion.

As we have already mentioned, there are lots of missing parts in this equation. Trump is now planning to continue his pre-determined game against Iran. On the other hand, he has lost the power of guidance and management of this game in practice, which has led to his confusion in standing against the Islamic Republic of Iran. It’s not without a reason that the President of the United States himself has stepped forward to negotiate with Iran.

The truth is many international analysts warned Trump and the White House on the consequences of their confrontation with the Islamic Republic of Iran. Those analysts argue that such an opposition between Trump and Iran would cost the United States and the international system a lot in the region, and will accordingly double the crises in Washington.

Meanwhile, Trump’s efforts to negotiate with Iran aren’t going to be successful. Axios emphasized that by suggesting to meet with Iranian leaders, Trump thinks he can achieve a better deal. This is while it’s not likely that Iran would accept US demands, since Iranians have no interest in holding negotiations with the United States. The point that our country’s officials have repeatedly stressed on.