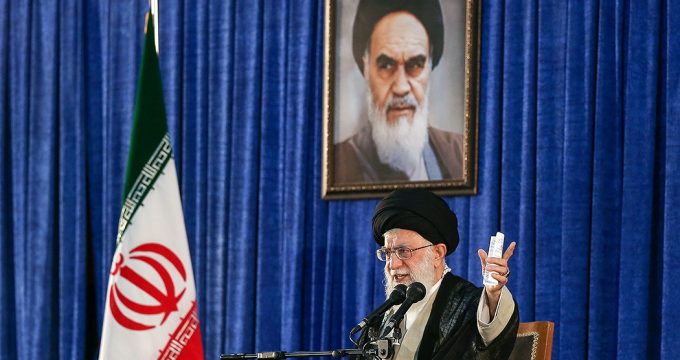 Khamenei.ir – Following Ayatollah Khamenei’s speech on August 13, 2018 in meeting with various groups of people, since some of the participants misunderstood a part of the Leader’s speech and his words were distortedly reflected in the media, it is hereby informed that:

Ayatollah Khamenei’s words were made with respect to granting permission to the Foreign Minister of the 11th administration to hold negotiations with his American counterpart.

His Eminence had stated, during this meeting, that ” On the issue of JCPOA, it was my mistake to allow talks to be held between our Foreign Minister and them; it brought us harm.”